Guam's medical marijuana law may be due for another amendment as the Calvo administration and local agencies determine what can be done to foster medical tourism on the island.

A provision in the Joaquin "KC" Concepcion Compassionate Cannabis Use Act of 2013 limits access to Guam residents, according to government officials. Calvo, who had recently championed the legalization of recreational marijuana through proposed legislation, stated that he was not aware the provision existed but appeared amenable to changing the law so that it would allow for non-resident access.

"If there's medicinal use here for our local residents, then I do believe that same medicinal use should be for anyone that goes through Guam," Calvo told Maeda and local government officials during yesterday's meeting.

According to Maeda, a Japanese law prohibits contact with marijuana even outside of the country. The Japan Times, in a November 2016 article, referenced the stigma surrounding the substance and pointed to a case of a snowboarder who was investigated by Japanese law enforcement after admitting to have smoked marijuana in Colorado.

Research into medical marijuana has also been restricted in the country. Maeda and his organization have been able to take patients into California and introduce them to medical marijuana but JMMA has had to be careful about these actions so as not to draw ire from the Japanese government, according to Colin Cecil, Maeda's translator. Marijuana laws in Asia are restrictive in general and Guam's proximity to these countries place the island in a unique situation.

"This is going to be the only place in all of Asia where you will be able to legally have some kind of medical marijuana system," Cecil said.

Conservative estimates show about 250,000 more Japanese tourist visiting Guam per year as a result of recreational marijuana legalization, according to Cecil. While these individuals may engage in marijuana use on their own, JMMA is responsible for the patients they bring in.

There are over 920,000 patients in Japan registered with the government as having incurable diseases. It would be easier to present the medical marijuana program to the Japanese rather than recreational use, which does not have residential restriction to access, because of the care aspect, Cecil added. JMMA is offering to provide advice and consultation services in addition to advertising the local cannabis program in Japan, while Guam is expected to provide housing accommodations for patients and space for consultation by Japanese staff on the use of medical marijuana in exchange.

However, as discussions take place on how Guam can better serve the region's medical marijuana needs, local implementation is still under way. According to James Gillan, the director of the Department of Public Health and Social Services, there are additional regulations that need to be finalized. These include standards for medical marijuana cultivation facilities.

"Some of these facilities require even special flooring because of the gasses that they use to grow ... In the law, it requires us to write standards of regulations. This is going to delay the implementation some more," Gillan said.

The Office of the Attorney General is reviewing the marijuana law and Gillan said he hoped they would adopt standards already determined by patient focus group Americans for Safe Access, noting that he was not out to "reinvent the wheel," in the interest of expediting the process. Moreover, out of 73 license applications taken from DPHSS, none have been for cultivation, manufacturing and distribution or for establishing a testing laboratory - a necessity before the program can take off, Gillan said.

The Department of Revenue and Taxation also has to establish its own licensing procedures for business and cultivators wanting to take part in the medical marijuana program, an initiative not yet completed, according to Sen. Joe San Agustin, the legislative chairman of the committee on taxation.

"We want to be careful," Gillan said. "I don't think we want to get a reputation in any of the countries bringing tourist here as being a bad place, a place for marijuana, because a lot of attitudes are that it's a bad thing ... The medical model I think is acceptable to anybody. The recreational one is going to be a little dicey, we have to be careful in how we present that." 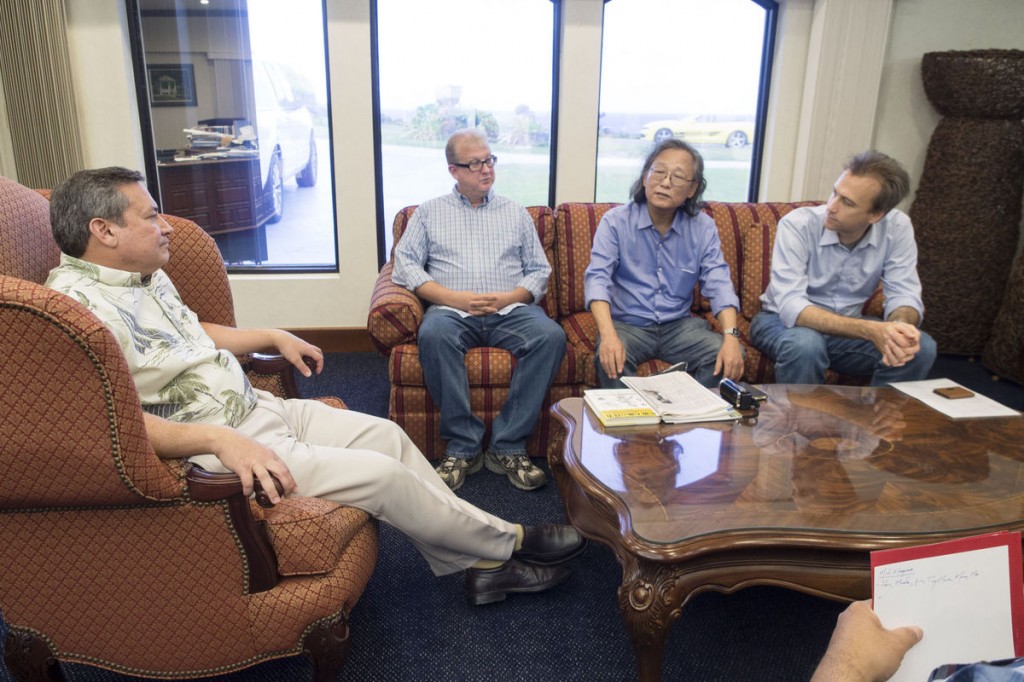