Two key medical marijuana measures have passed the legislative threshold after months of public input and revisions. Lawmakers voted for Bills 343-33 and 344-33 yesterday — legacy measures stemming from Sen. Tina MuÃ±a-Barnes, who failed to garner enough votes this past election to remain in the legislative body. While the senator may no longer serve the people of Guam come January, her bills may still provide relief to patients suffering debilitating illnesses should they see approval from Gov. Eddie Calvo or otherwise lapse into law.

"We have done our work — we listened to the community, we amended the Joaquin 'KC' Concepcion Compassionate Cannabis Use Act of 2013 to be patient-focused," MuÃ±a-Barnes stated in a release. "Let's not get caught up in bureaucracy anymore, let's get this program implemented."

Bill 343 stemmed from the proposed rules and regulations for Guam's medical marijuana program which, after heavy criticism from the community, were scrapped entirely. MuÃ±a-Barnes then shifted to amending Guam's medical marijuana statute — the Cannabis Use Act — to incorporate regulatory guidelines as well as public input to strengthen its language. Lawmakers voted unanimously for the bill, prompting Speaker Judi Won Pat to congratulate MuÃ±a-Barnes after the call for the vote.

Andrea Pellacani is the president of Women Grow Guam and a member of Grassroots Guam — groups that advocate for medical marijuana use. Pellacani said she was overwhelmed with the decisions while speaking with the Post yesterday.

"We didn't know what to expect. We felt that because there was no discussion on [Bill 344], there wasn't a whole lot of pull," Pellacani said.

The groups are not finished however, as Pellacani added, that advocacy work will now focus on workplace and school policy, neither of which are covered by the bills. Speaking with the Post in August, MuÃ±a-Barnes said it would likely remain up to the employer to handle cases involving medical marijuana. While medical marijuana is legal on Guam and in several states, the drug remains a Schedule I controlled substance under federal law. Pellacani said there may be issues in the future with regard to government agencies that receive federal funding.

With regard to schools, Pellecani said it would be ideal for students to be able to administer cannabis-based medicine at school, so that they are able to continue attending school.

"It starts with education and then policy reform," she added. 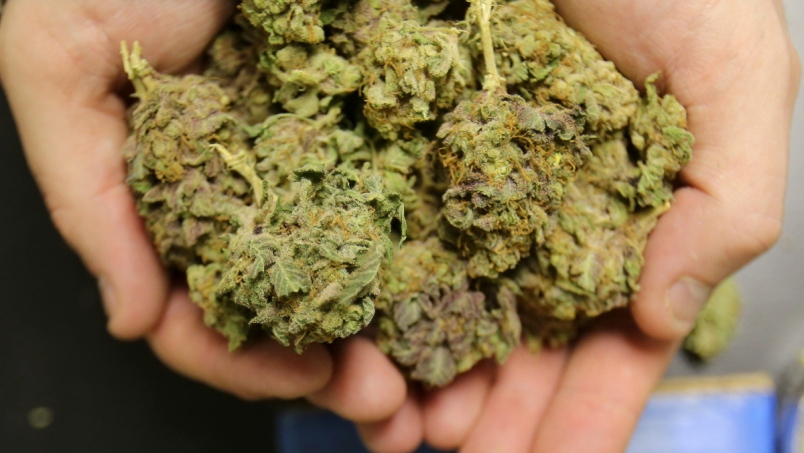