Gerry Randall came by the store Friday afternoon, but found it shut and flooded with police. He uses the medicine to treat his epilepsy. "There's a lot of people here who this is their lifeline to a normal life," he said. "I've tried all kinds of pills to [stop] the seizures, and I still had the seizures. The only thing that made me not have a seizure completely is ... cannabis." He says cops should focus on hard drugs, not "wasting their time here [where they're] giving people medicine." Randall says the move would leave some people housebound until they can find a new supply for the medicine. "This is ridiculous," he said.

Store owner Chris Enns said in a July interview he also planned to sell medical marijuana, which is where the legality of the business gets hazy. Enns has a medical marijuana licence. Health Canada, the regulator of medical marijuana, says storefronts and dispensaries that distribute cannabis are illegal. Enns disagreed and said it exists within a grey area of the law.

Drug charges are currently pending against Enns and his fiancee Sherri Reeve after a police raid at the medicinal marijuana club they ran in Porter's Lake last year. He said in July it was possible that their new business could be raided as well. Health Canada says it's up to local authorities to deal with stores that distribute marijuana. Halifax Regional Police said in July that anyone who sells marijuana at this type of establishment is actively drug trafficking. The Farm Assists raid was one of three simultaneous warrant searches on Friday.

Officers seized marijuana and cash at a home on East Chezzetcook Road. They arrested a 39-year-old man and a 47-year-old woman. Halifax police Const. Pierre Bourdages says the Chezzetcook arrests are related to the Gottigen Street raid. Police also seized several hundred marijuana pants at a property on Colford Drive, but no one was arrested. All of the arrested are now being questioned. 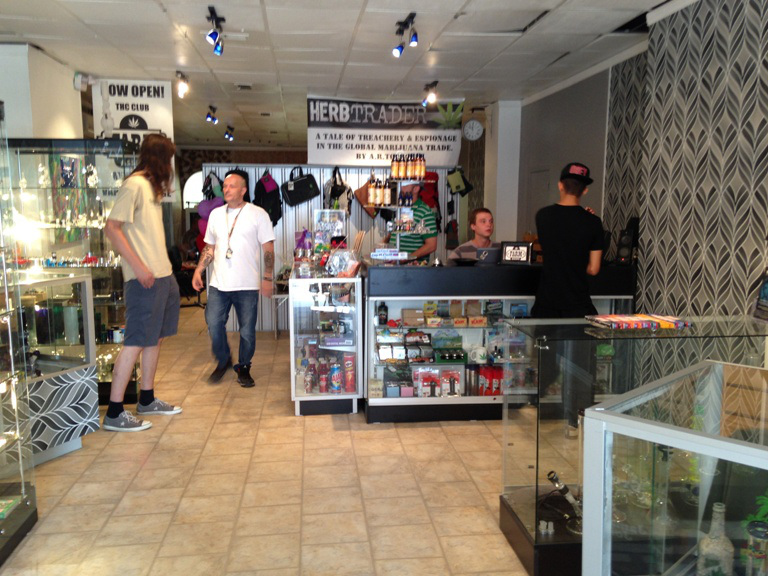