Two state lawmakers are calling for the legalization of industrial hemp production in Hawaii, which they say could replace the state's last sugar plantation that is shutting down by the end of the year.

State Reps. Kaniela Ing of Maui and Cynthia Thielen of Oahu have introduced a bill that would allow industrial hemp production in Hawaii. The crop is considered a controlled substance and prohibited by the federal government.

Alexander & Baldwin Inc. announced earlier this month that it would phase out sugar by the end of 2016. State leaders have said that the 36,000-acre property on Maui run by the company's Hawaiian Commercial & Sugar Co. subsidiary should remain farmland after the plantation's closure.

Hemp can be fed to livestock, used to make food or clothing and has been praised for its environmental benefits.

"The crop itself can restore nutrients to the soil that it's on," said Ing. "So the former sugar land that has been taking such a pounding from all the pesticides that is now quite barren it can be used to restore - you can plant hemp, plant something else."

For the last two years, scientists at the University of Hawaii Waimanalo Research Station have been growing hemp under an exemption established in the 2014 federal farm bill that makes it legal for research purposes.

Ing and Thielen's bill puts Hawaii in line with more than 30 states that have proposed pro-hemp legislation. The lawmakers' plan would expand industrial hemp research, growth and cultivation to farmers across the state.

"The research under federal law and state law includes commercial research so the farmers will be allowed and authorized to sell their crop," Thielen said.

The bill is backed by the state Department of Agriculture, which would issue the licenses for hemp production. 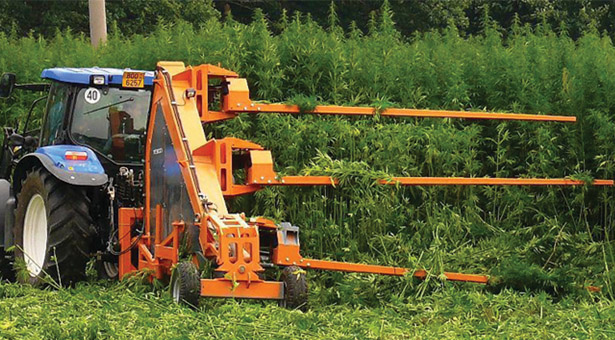 R
Hawaii: A&B Hopeful Hemp Could Be A Replacement For Sugar