Health Minister Michael Ferguson is meeting company representatives on Tuesday, and is also expected to be lobbied by a cross party delegation of New South Wales MPs on Thursday. "I'm certainly going to be willing to listen to what people have to say but I'm not going to be participating in any exercise which opens up further liberalisation of the smoking of pot," he said.

Tasmania has had a successful pharmaceutical poppy industry for decades and advocates say that makes the state an ideal home for a medicinal cannabis industry. A company called Tasman Health Cannabinoids hopes to run a research trial in conjunction with the University of Tasmania. On Saturday, State Growth Minister Matthew Groom said it was not on the Government's radar. "We've got no plans to change state laws in relation to the regulation of marijuana for medicinal purposes, that's really a matter for the federal regulators," he said.

Mr Ferguson later said he would consider allowing medical cannabis trials. "I'm not talking about cannabis as a smoking product, I'm talking about cannabinoids which are the pharmaceutical elements that are contained within cannabis and I think just like any other herbal source, they should be available for clinical consideration and they are," he said. "In Tasmania and around Australia a number of cannabinoids that are derived from cannabis are in fact available through perfectly legal and authorised prescriptions for certain medical illnesses and I think that's the way it should be."

Opposition supports idea but flags hurdles
Opposition spokeswoman Lara Giddings said Labor supported the idea but getting through regulatory hurdles would be tough. "This has been a big frustration for us as a former government for many years," she said. Ms Giddings said the time had come for doctors to be able to prescribe the drug for pain relief. "It seems unreal that we can have opiate based medication available to patients when they need it but they can't use cannabis-based medication," she said.

The Tasmanian Greens want a Parliamentary Committee inquiry set up to consider the potential legalisation of medicinal cannabis in the state. Greens Health spokesperson Cassy O'Connor said the party had long supported calls from medical professionals for more research and clinical trials as well as regulated access to medicinal cannabis. "There are many individual stories of improved symptoms and quality of life from people who've used medicinal cannabis," Ms O'Connor said. "Such an inquiry would examine contemporary scientific and medical research, engage with health consumers and professionals, explore any relevant federal and state jurisdictional considerations, and most importantly, require public consultation which will provide an avenue for politicians to hear directly from doctors and patients affected."

Farmers keen but warn of regulatory minefield
Tasmania's farmers' lobby has welcomed the idea of growing medicinal cannabis in the state, but warned of a regulatory minefield. Jan Davis, from the Farmers and Graziers Association, said a new crop would be welcome, but there are major barriers to growing the plant. "The sheer weight of regulation makes it almost impossible to grow hemp of any description in Tasmania on any scale," she said. "The rules are much, much stricter for farmers than they are even for opium poppies we've been trying to establish our hemp fibre industry for many years and not successfully, that's because of this burden of regulation." 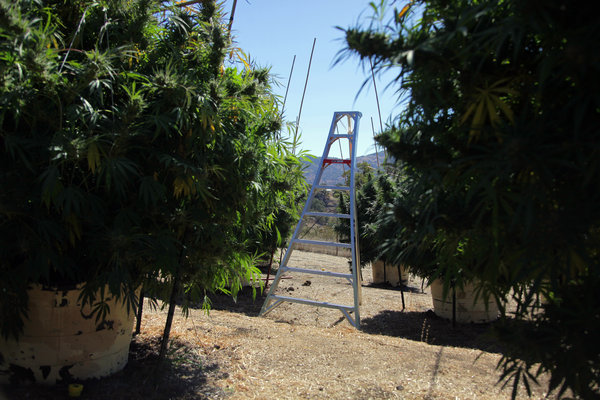