Hemp Commission To Meet For First Time In 10 Years

An historic meeting reviving the long-dormant Kentucky Industrial Hemp Commission will take place Wednesday at 10 a.m. at the Kentucky Department of Agriculture in Frankfort, Ky.

In August, U.S. Sen. Rand Paul, R-Ky., and Agriculture Commissioner James Comer, along with a bi-partisan group of legislators, stood before Kentuckians and promised to move the industrial hemp initiative forward. This meeting marks the beginning of that process.

"Kentucky needs jobs. Everybody says they are for job creation, but supporting industrial hemp is their chance to prove it," Paul said. "Industrial hemp could create thousands of production and manufacturing jobs, and Kentucky has the opportunity to be first in line for them. I strongly urge all Kentuckians to call their legislators and other elected officials and ask them to support the industrial hemp initiative."

"We keep telling our farmers to diversify and look for new opportunities," Comer said. "Well, we have to give them the freedom to pursue them first. Kentucky has the perfect climate and soil to produce industrial hemp and the hard-working farmers ready to grow it. We just have to get the government out of the way."

Wednesday's meeting will include a special presentation by several honored guests: staff members from Paul's office; David Bronner, the founder of the nation's top-selling natural soap brand, Dr. Bronner's Magic Soaps; and a representative of Vote Hemp, a leading industrial hemp advocacy group. The group is expected to make a big announcement regarding some substantial private funding for the commission.

In addition to this announcement, the commission is expected to take up issues such as potential legislation, educational and public outreach efforts, and infrastructure issues related to hemp.

"Hemp seed is a well-balanced source of protein with all amino acids as well as an oil extremely high in the omega 3 and 6 essential fatty acids that make our soaps' lather smoother and less drying," said David Bronner, president of Dr. Bronner's Magic Soaps, whose annual sales total over $50 million. "We want to be the first U.S. brand to start using hemp from American rather than Canadian farmers, once they can grow hemp again in Kentucky. We are planning a new line of food products made with American farmed hemp seed and oil, to capitalize on the booming U.S. market for nutritious foods made with hemp seeds."

The Hemp Industries Association estimates that U.S. retail sales of hemp products exceeded $452 million in 2011, though all hemp raw materials used to make those products were imported. U.S. companies that manufacture or sell products made with hemp include best‐selling hemp food manufacturers, such as French Meadow Bakery, Living Harvest Foods, Manitoba Harvest, Nature's Path, Navitas Naturals, Nutiva and Vega who make their products from hemp grown in Canada. Sustainable hemp seed, fiber and oil are also used by major companies such as Ford Motors, Patagonia and The Body Shop.

"Since industrial hemp farming was effectively outlawed in the U.S. earlier last century, five federal bills have been introduced in Congress to lift the ban on hemp agriculture in America," said Eric Steenstra, president of Vote Hemp. "In August of 2012, Sen. Paul along with Senators Ron Wyden (D-Ore.), Bernie Sanders (I-Vt.) and Jeff Merkley (D-Ore.) introduced S. 3501, as a companion bill to Rep. Ron Paul's (R-Texas) Industrial Hemp Farming Act (H.R. 1831), both of which would remove federal restrictions on the cultivation of hemp in the U.S."

To date, 17 states have passed pro‐hemp legislation, and six states (Maine, Montana, North Dakota, Oregon, Vermont and West Virginia) already have authorized the licensing of farmers to grow the crop. However, despite state authorization to grow hemp, farmers in these states risk raids by federal agents, prison time and land forfeiture if they plant the crop, because of the failure of federal policy to distinguish oilseed and fiber varieties of Cannabis (i.e., industrial hemp) from psychoactive varieties. 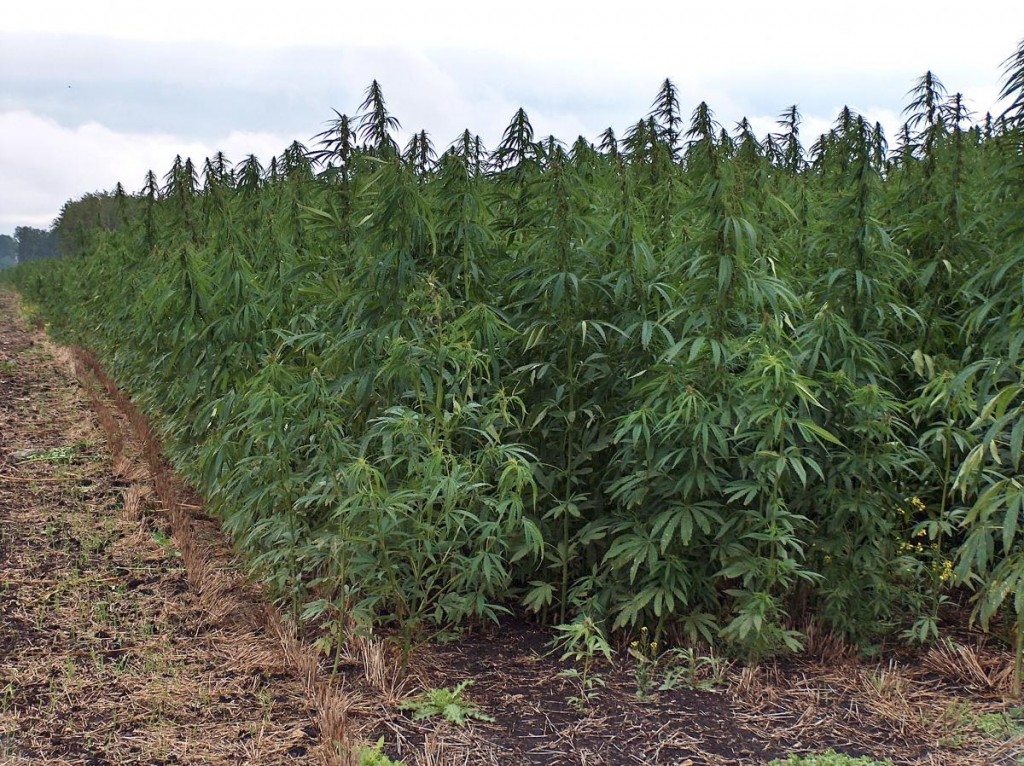