A hemp revolution is underway, but the diverse plant is a long way from reigning supreme as Kentucky's top crop.

Poultry and eggs still rule the roost – followed by cattle, soybeans and corn, which rake in the most money for state farmers. More than tobacco. And much more than hemp.

But the hemp industry is growing.

Farmers planted just 33 acres of hemp in 2014, the year a new federal law gave states the authority to approve and oversee the growing and processing of a crop kin to marijuana but with negligible amounts of mind-altering THC.

That number tripled to 933 acres in 2015. Then it grew to 2,350 acres last year and now spreads across 3,200 acres, according to the Kentucky Department of Agriculture, which oversees the industrial hemp program.

Hemp profits were estimated at under $5 million last year, said University of Kentucky agriculture economist Will Snell. That's a mere sliver of the $5.4 billion brought in by all crops combined. Snell said that translates to less than one-tenth of 1 percent of farm earnings coming from hemp.

Nationally, hemp sales are at nearly $600 million annually, according to a March report by the Congressional Research Service.

"There are a lot of interests in hemp," said Jeff Harper, a spokesman for the Kentucky Farm Bureau.

"I think farmers see it as a potential for another tool in the toolbox to diversify."

Could it ever rival the success of tobacco at its prime?

Eighth generation Kentucky tobacco farmer Brian Furnish believes in hemp enough to add it alongside his other crops and to join the ranks of Ananda Hemp, one of the state's largest growers.

"Hemp will keep another eight generations of farmers working the land," he said.

Another Bluegrass company, Green Remedy Inc., calls Kentucky the "Hemp Capital of the United States," on its website and vows "hemp can change the landscape of the nation's farm family."

University of Kentucky agronomist David Williams said he understands the excitement about hemp's potential but cautions: "We shouldn't get our hopes too high.

"There seems to be some who think it's going to change the world," he said.

"It's not going to change the agriculture economy, but it could be a piece of a much larger pie."

With the modern era of hemp only 3 years old, Kentucky farmers are still learning how to best plant and manage the leafy crop. Williams is leading research on the best ways to grow it.

The university tried growing varieties of hemp that thrive in Canada and Western Europe, but most didn't adapt to the Kentucky's climate, latitude and soil.

Hemp has been used in more than 25,000 products, from foods, oils, textiles, paper to building materials and cosmetics. It's even a fiberglass alternative for cars and planes.

The University of Louisville's Conn Center for Renewable Energy Research is studying hemp as a potential biodiesel, sustainable fuel from renewable plant sources.

"Hemp is cleaner and cheaper to produce than coal, oil or other resources," chemical engineering professor Mahendra Sunkara, who is the center's director, wrote in a university announcement on the project.

"It could solve many of the nation's future energy needs while providing a new, lucrative cash crop for Kentucky's farmers." 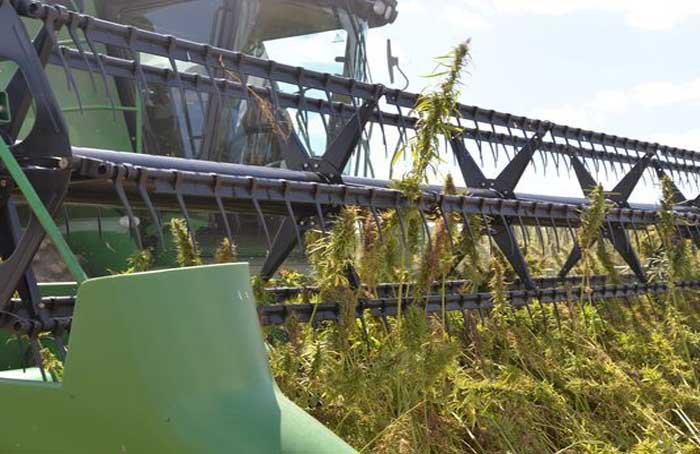