Gordonsville - The Virginia Industrial Hemp Coalition hosted its first Virginia Hemp History Day at the Vanguard Ranch on Sunday in hopes of educating the public on the often misunderstood plant and to push for more widespread use of hemp in products.

The free event was open to the public and consisted of informational booths on hemp, as well as free samples of hemp products. There also were places for attendees to purchase food, beer, clothing, pet food and other products made from hemp.

Jason Amatucci, founder and executive director of the coalition, said he hopes the event, which was held on the last day of Hemp History Week, becomes an annual tradition.

Marty Phipps of Old Dominion Hemp, which sells bedding made from hemp for horses and small farm animals, set up a booth for his business to tell people about his product and how industrial hemp could be a benefit for the agricultural industry.

"We're just out here showing people that there is another avenue for hemp to be distributed," he said. "... people are familiar with the bracelets and stuff like that - and the food, of course - but we're also showing that there's an agricultural use for farmers to utilize this product."

Jay Roskow, a Nelson County resident, said he came to learn more about the hemp industry and how the plant can be utilized.

Another aspect of the event was to educate people about state and federal laws regarding hemp production and manufacturing.

Although Virginia allows for the agricultural cultivation of hemp, the federal government bans the growing of hemp - because of its relation to cannabis - through the Controlled Substances Act of 1970.

Amatucci said one of the purposes of events like Virginia Hemp History Day is to clear up misconceptions people have about hemp.

"Hemp is a family thing ... it's not about drugs. We're getting away from that stigma," he said.

Phipps said he's asked all the time if hemp is something people can use to get high.

Close to 100 people had come by the ranch within the event's first hour, and Amatucci said about 500 people had stopped in by the end of the evening, including attendees of all ages. 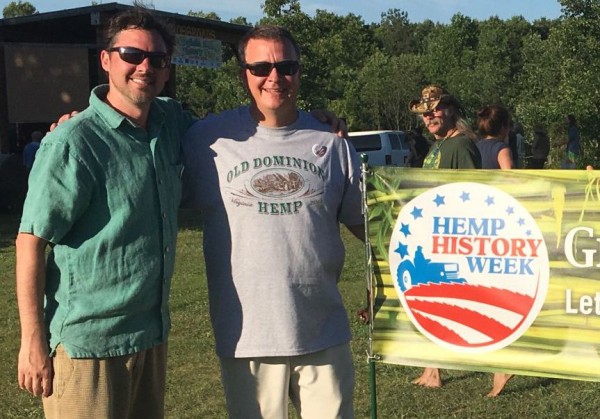