Hemp Seeds Still Not Released To Comer After Permit Was Filed

Kentucky and the federal government are still at a standoff over hemp seeds being held by Customs at the Louisville International Airport after the permit was obtained. The sticking point is a "permit" to distribute the seeds for research projects at Kentucky universities. WHAS11 talked to the Ky. Ag. Ccommissioner James Comer on Thursday. "We've turned in all the paperwork, the judge says he expects the seeds to be delivered to the Department of Agriculture, the DOJ said that would happen, it's been 24 hours," Comer said. "As of this second we still have not received the seeds. If we don't have the seeds by [Friday] we are going to have to be on a conference call with the DOJ and the federal judge [Heyburn] and the DOJ and the DEA is going to have to explain to the federal judge why we don't have the seeds like they were ordered."

Kentucky agriculture officials are hopeful the seeds will be planted in the state in the coming days. On Thursday evening, Ky. Senior Senator and House Minority Leader Mitch McConnell released the following statement on the permit and the release of the seeds: "I am pleased the DEA has approved Kentucky's permit and the seeds are expected to be in the hands of Commissioner Comer soon. As I stressed yesterday in my meeting with the DEA Administrator, it was the intent of my provision in the Farm Bill to allow states' departments of agriculture and universities to explore the commercial use of industrial hemp as a means for job creation and economic development.

I'm hoping this is the final hurdle and Kentucky will soon be able to plant the seeds in the ground and begin our lawful pilot programs in exploring the potential for job creation in our Commonwealth." Kentucky's junior Senator Rand Paul also made a statement about the hemp seed issue: "I am glad the needless delay appears to be over and the program we have worked on for more than a year is about to become a reality. I have been working with Attorney General Holder on Kentucky's program for months, and I am pleased that his department has helped us move the program forward as Congress intended." 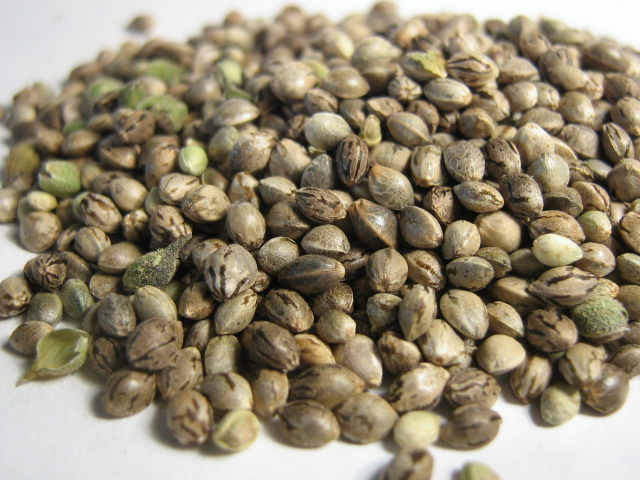