So this happened in the past 3-4 days. I took them in for a rain storm last night and saw this this morning. It all came off of the same plant with no signs on any of the other ones. I will be trying to salvage what I can off of this one but was planning on letting them go a few more weeks.
Any advice from outdoor growers (or anyone else for that matter) is greatly appreciated. 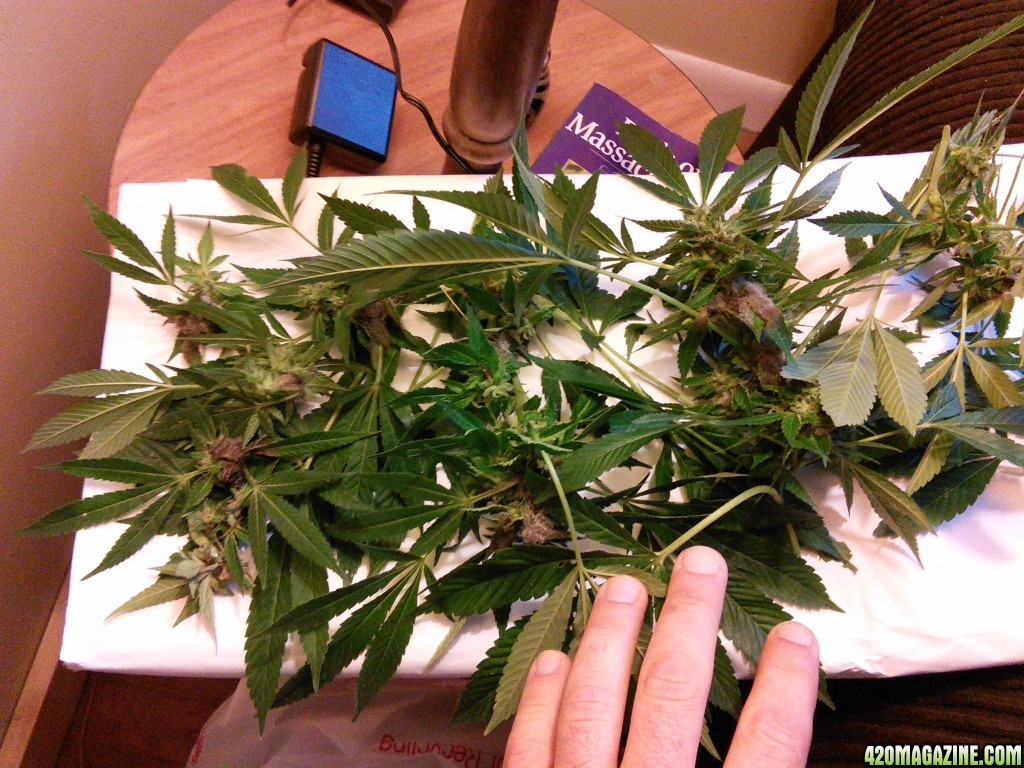 Put that record on..

Its hard to identify what it is in the picture. Can you supply a better close up shot? Also, describe what it is, how its feels if it smells funny.
Grow Journals
First Grow Log - Dual 600's Tent & BCNL BloomBox (Multi Strain Grow) In Progress
Second Grow Log - KRAW420 Kings Kush (FEM) & Ultimate Purple (REG) 1200W Tent Grow In Progress

Kraw. Thanks for the response. Its black mold with little whit spots. I already got rid of it so I can't take a picture. I just want to know what to do now. I cut off all signs and harvested. I haven't brought the harvested buds in contact with anything else.
Put that record on..

Ah man, you should have treated the mold as opposed to chopping your girl down. But thats okay. For next time, use a diluted peroxide and water mix to treat the mold. It will kill any and all mold, remember to look very thoroughly over every cola and nug. You can also still treat your harvested buds the same way. Not too worry the peroxide will not contaminate your buds, the chemical will evaporate leaving just the hydrogen on the buds.
Grow Journals
First Grow Log - Dual 600's Tent & BCNL BloomBox (Multi Strain Grow) In Progress
Second Grow Log - KRAW420 Kings Kush (FEM) & Ultimate Purple (REG) 1200W Tent Grow In Progress

This common product found in drug stores and supermarkets, at 3% concentration, is a natural treatment for algae, gray mold, Pythium and powdery mildew. Using hydrogen peroxide on your marijuana plants will not bring them harm. Peroxide helps aerate the soil by adding oxygen and is both anti-fungal and anti-bacterial. Cannabis plants can be fed a mixture of hydrogen peroxide and water as a fertilizer and disease deterrent, resulting in healthy plants. It can be misted on the leaves and/or applied directly to the soil. An easy way to apply is to fill a clean fertilizer spray bottle that attaches to a garden hose and feed as you would, say Miracle Gro. The bottle will have gallon markings on it. Fill the bottle with peroxide. When you turn on the hose, it will automatically dilute. If feeding sick plants, add one cup 3% hydrogen peroxide per gallon of water. Pour into a spray bottle and spritz the leaves, making sure to cover completely. For general feeding, add one half cup to a gallon of water.

Hydrogen peroxide can also be added to the water in hydroponic environments. It can be used to sprout seeds by adding it to the water they soak in before planting; they will sprout quicker and grow stronger. Follow the general application recipe for the peroxide to water ratio if using to soak seeds.
Grow Journals
First Grow Log - Dual 600's Tent & BCNL BloomBox (Multi Strain Grow) In Progress
Second Grow Log - KRAW420 Kings Kush (FEM) & Ultimate Purple (REG) 1200W Tent Grow In Progress

Thanks kraw! I was about to chop my last two outies but I will use this recipe on them and see what happens. Is has been very wet here for about a week, I should have been watching them closer. The one that did get infected was pretty bad. I lost about half the plant when it was all said and done. Never mind her life getting cut short by two or three weeks.

I inspected the other two very thoroughly and saw no signs. I think I will give them a peroxide bath anyways.

Does 30-40 mls per gallon sound about right?
Put that record on..

I referred KingJohn to help you, although he is not currently online. My guess would be dilute minimum 20:1, but I am not 100% so I will never give advice if I haven't either done it myself, or know for fact its correct.
Grow Journals
First Grow Log - Dual 600's Tent & BCNL BloomBox (Multi Strain Grow) In Progress
Second Grow Log - KRAW420 Kings Kush (FEM) & Ultimate Purple (REG) 1200W Tent Grow In Progress

Thanks to everybody that has come by.
I did notice some spots on the other plants.
I used 20 ml of the 29% in 32 oz of water and sprayed the whole bottle on them and have been running a fan on them.
They have been inside my sunroom next to a window due to a whole week of crummy weather.

I was hoping for a few weeks before chop but I don't know if its worth the stress
Put that record on.. 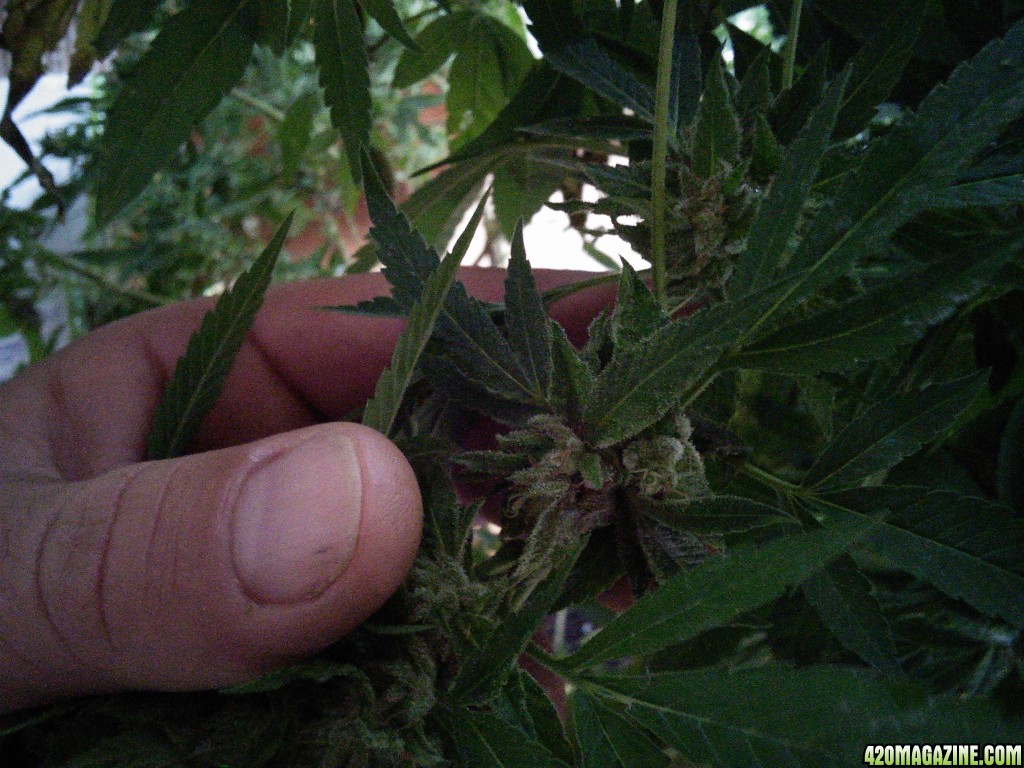 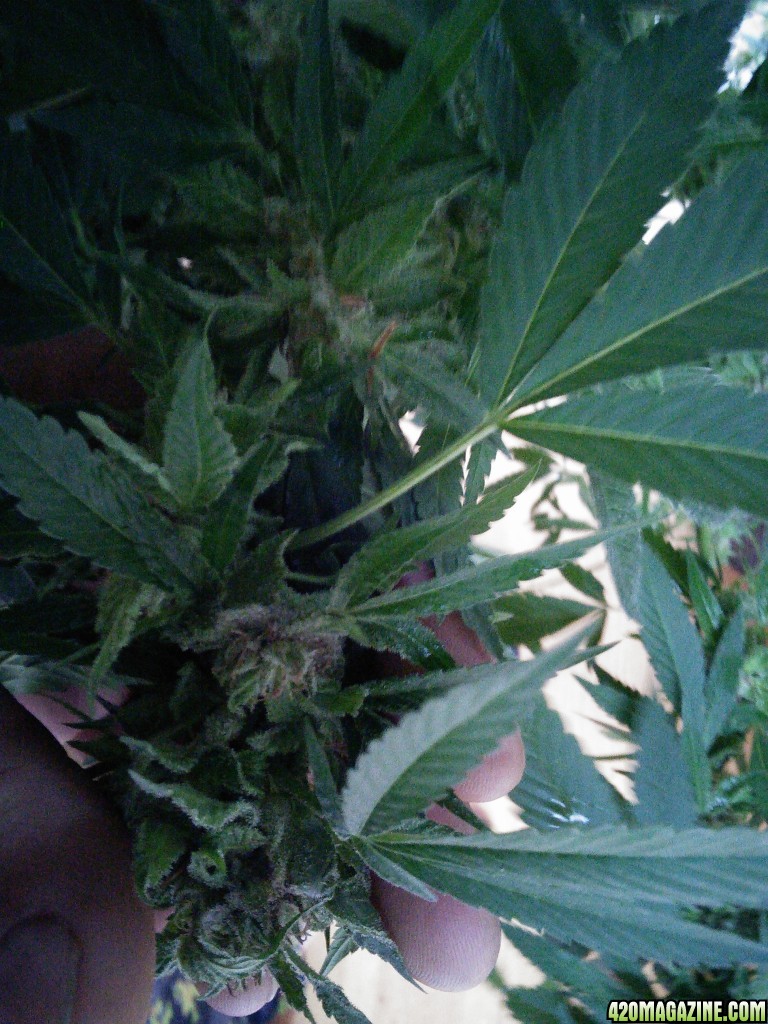 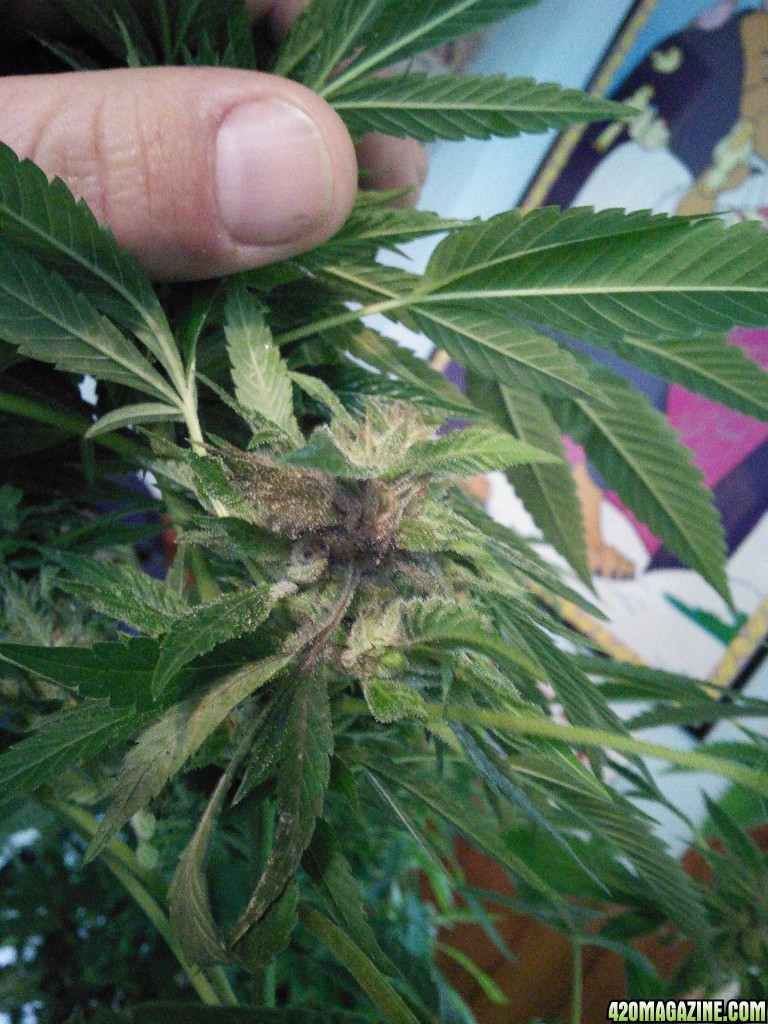 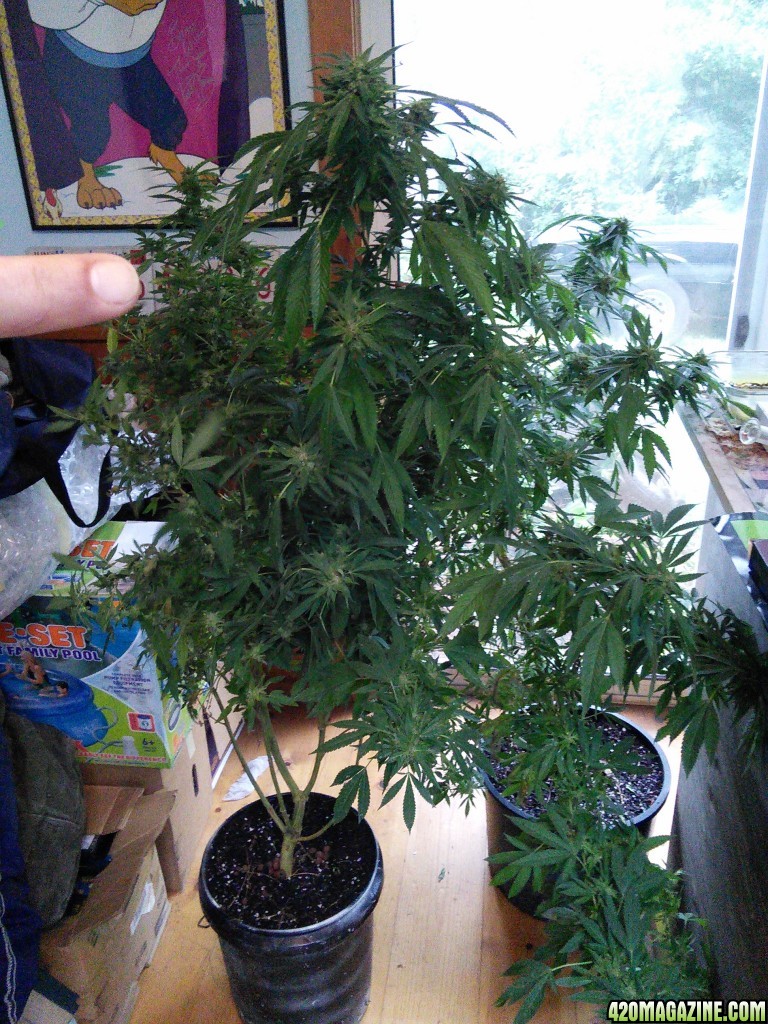 Put that record on..

cut down every thing. try to wash with water and see what you have. With the other plants start a treatment against mold

F
Spotty/Discolored Leaves on my Plant?

Houston, we have a problem
2