Here's How to Solve The NHS's Chronic Underfunding: Legalize Cannabis

If there existed a lucrative industry, with proven success, that helps people get better and could save money for the NHS, shouldn't we be talking about it?

After attending a cannabis conference in Denver, Colorado, it struck me that here was a real solution to some of the difficulties our health services is facing. Cannabis has been medically legal in Colorado since 2000, and recreationally legal since 2012. While there, I realized I had my own dated idea of what "recreational" use actually entailed and was swiftly enlightened. Athletes apply cannabis infused balms for muscle soreness, arthritic pets are treated with cannabis biscuits and mothers take "edibles" (cannabis infused treats) to relax, swapping the wine bottle for weed wine gums. The line between medicinal and recreational use is very hazy anyway. Is your evening glass of Malbec or that pint in the pub for recreational or medicinal purposes? In my case, both.


The UK has a chance to improve the financial wellbeing of the NHS
and most importantly, the wellbeing of the people
​
Colorado was voted one of the happiest places to live in the US and not because they are all stoned. The state government collected almost $200m in cannabis taxes in 2016. There they argue about what to do with all the cash, as opposed to how to salami-slice ever-decreasing budgets, as is the norm in Westminster. Colorado set up the Marijuana Cash Tax Fund which finances education and health programs. There are now more health care professionals in schools, providing education, as well as care, for those suffering from substance abuse or in need of mental health services.

The estimated value of the UK cannabis industry is Â£7bn per year, according to a report released last year. Colorado's model could be effectively replicated in the UK, but on a much bigger scale, with tax money received from the sale of cannabis products diverted to the NHS.

Each year, our health service comes under greater strain from rising costs, staff shortages and increased patient demand. A report released by the Nuffield Trust, the independent health charity, estimated an overspend of Â£4bn between 2016-2017, which is significantly higher than the official figures released by the NHS. Legalizing cannabis would be a great way to start plugging this gap.

In addition to generating a lot of cash, cannabis can help reduce costs within the NHS. Last year in the UK, a record number of anti-depressants were prescribed, costing the NHS about Â£260m. After Colorado legalized cannabis, there was a fall in prescriptions aimed at treating anxiety and depression.

These benefits are compelling, but a serious collaborative effort between policymakers and healthcare professionals is required to ensure that the tax policy is effective and the regulation stringent. Just like alcohol and tobacco, cannabis use can have serious health implications. Responsible cannabis businesspeople in Colorado sometimes say they are "in the compliance business first and the cannabis business second". Products can't use the word "candy" on their packaging.

But ultimately, this is a conversation about choice — particularly when it comes to healthcare. After my sister was diagnosed with multiple sclerosis in 2011 and my father with Parkinson's disease in 2007, their only option was prescription pharmaceutical treatment. Pursuing cannabis as a therapeutic alternative would have made them criminals in the eyes of the law, with possession punishable by an unlimited fine and a five-year prison sentence. Although that is something I would be prepared to risk if I were in chronic pain, many would not, members of my family included.

Criminalizing cannabis deprives patients twice over — first of tax revenue that could be used to fund their care, and second, of the ability to explore the drug as a potential aid to their treatment or recovery. The UK has a chance to improve not only the financial wellbeing of the NHS but most importantly, the wellbeing of the people. My time in Colorado has taught me that public perception needs to shift — from cannabis as a criminal "wrong", to a healthcare right. 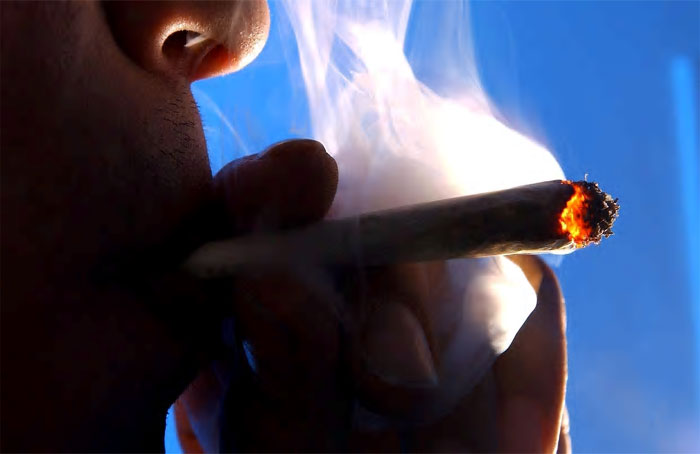