Hilo – Hawaiian Ethos, one of the first companies selected to operate medical marijuana dispensaries on Hawaii Island, wants to open stores in Hilo and Kona – locations it says are close to the bulk of the island's patients and will provide easy access to cruise ship ports once law allows dispensaries to service out-of-state cardholders.

That's what leaders from the six-person team headed by venture capitalist Bill Richardson said this week, adding they hope to hire around 30 people to staff stores and its grow center.

"We're really excited for Hawaii to become an eco-medical tourism destination," said Hawaiian Ethos' Chief Operating Officer Zachary Taffany. "It's already got that appeal of being a beautiful vacation relaxation destination and a reputation for health and wellness. And when you add in the alternative medicine, this could be a prime health and wellness destination."

Hawaiian Ethos is among eight companies awarded licenses last year to open the state's first medical marijuana dispensaries. Marijuana has been legal in Hawaii for medical purposes since 2000, but state law has never provided a way for patients to legally buy it.

Two licenses were awarded initially in Hawaii County, each of which allows licensees to open up to two production centers and two retail stores. Lau Ola, a company headed by former banana farmer Richard Ha, received the island's other license.

Unlike Lau Ola – which held a publicized groundbreaking and blessing last year at Ha's Pepeekeo grow site – Hawaiian Ethos has largely shied away from the press. It held a small blessing last year over its future growing site in Waimea but opted to keep it private. The company wanted to wait until "it had something really tangible to show," said Taffany, who is a former executive of an organic energy drink company called Hawaiian Ola.

Shelby Floyd, a retired Waimea attorney whose name has been largely tied to Hawaiian Ethos thus far, holds a consulting role, Taffany said. Richardson was recruited in July as CEO – "a big win," Taffany said. "He's done a lot for the community, and he helps bring some credibility to the industry."

The company believes the state's medical cannabis industry is "at its infancy," Taffany said, and there are "many potential applications of (marijuana) and its cousin hemp in terms of ag are really unknown." The company plans to conduct its own research and hopes to partner with institutions such as the University of Hawaii in future research.

"It's a wide open market right now," Taffany said. "We're really committed to just exploring the science and furthering the plant and the patient care and the medicine."

Like other soon-to-open dispensary operators, Hawaiian Ethos is wading through gray areas of law, including how to acquire its initial marijuana and where to bank.

Dispensaries on the mainland have had trouble utilizing federally insured banks because marijuana remains illegal under federal law.

Taffany said the company hopes to work out a partnership with a Hawaii bank but also has "detailed plans for security, cash handling and alternative banking methods which could include anything from working with mainland banks to creative partnerships with other financial networks."

Taffany did not share an opening date, but said the company expects to open "within a few months" of other dispensaries.

"The goal is to do it right and to get everything in compliance so that it's a win-win for patients and the community," Taffany said. " ... It was an honor to get this license, but it's also a big responsibility. The whole world is going to be paying attention to what Hawaii does with the industry."

Lau Ola was previously targeting an early 2017 opening. Ha told the Tribune-Herald Friday, however, the process has "taken longer than expected" and Lau Ola is now eyeing a summer or early fall opening. Ha said construction of its grow center will begin in the next few weeks. 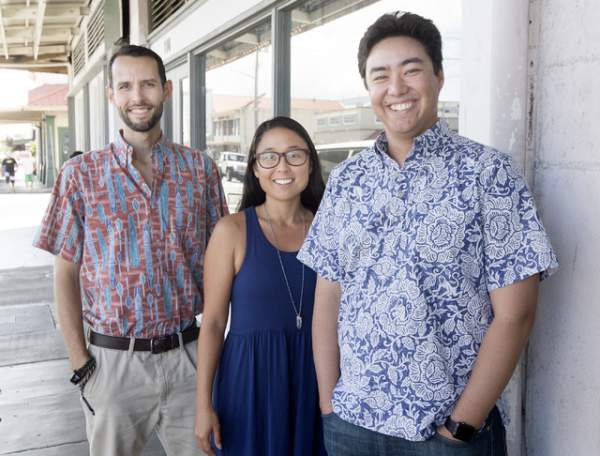 outlines vison but pot will decrease your vision.lol