After months of delay, the state Department of Agriculture is moving forward with its goal of developing a line of Hawaii hemp seeds and an eventual statewide hemp industry.

The department received its import registration permit from the state Drug Enforcement Agency earlier this month, after applying for it in November 2016 (it took the state of Washington eight months to receive the same type of permit).

The import registration permit allows Hawaii to bring in seed, but each new source requires its own separate permit.

"We're currently in that second phase," DOA legislative coordinator Micah Munekata said Friday. "We received the blanket permit, we purchased the seed and we plan to receive it in early July."

The second stage of permitting is a simpler one, Munekata said.

"It should be easier," he said. "We plan for that to be the case and we've been told that that's the case."

Seed was purchased from Jamaica using funding allocated to the DOA's pilot hemp program during the 2016 legislative session.

Jamaica's climate resembles Hawaii's, so seeds produced there make a good starting point for the growers who will develop Hawaii-specific seed that will thrive here.

Hemp seeds also must produce plants that contain less than 0.3 percent of tetrahydrocannabinol, or THC. Hemp and marijuana come from the same plant, but the latter has much higher levels of THC, the psychoactive ingredient.

"We should have a seed that's relatively close to where we need it to be," Munekata said. "We're importing it from (Jamaica) based on some of the research we've been doing here at the department."

When it arrives, the hemp seed will be distributed to three groups for further cultivation.

"We have the contracts in the process right now, but haven't finalized yet," Munekata said. "Once those documents are signed ... these three awardees should start growing at some point in July."

The awardees are the University of Hawaii at Manoa, HIH Solutions, LLC of Maui and Green Hawaii Genetics LLC of Hawaii Island. The request for proposals went out in March, but the DOA could not award contracts until it secured its first permit.

"We really did think we were hitting a roadblock on the whole thing," Munekata said. "It was kind of a surprise in mid-June, and right when we received the permit we were ready to go."

Ka'u farmer Greg Smith, who is partnering with Honaunau farmer Steve Sakala in the Green Hawaii Genetics project, said he was excited about the "forward motion."

"They hope by the first of the year (in 2018) they'll not only be able to distribute to (more) grow it but also to create product lines," he said.

The development contracts are for a year.

"It usually takes two or three generations to develop (a seed), but we're going to do our best, and we're going to try to create the best seed for the state," Smith said.

Draft rules for the hemp pilot program itself were approved by the Board of Agriculture and will be reviewed by the Small Business Review Board in July. After that, they will be sent to the governor's office for final approval.

A bill awaiting Gov. David Ige's signature would allow potential hemp growers to apply for licenses beginning this year, meaning they would not have to wait until 2018. Growers would then receive the seeds cultivated by the three groups of developers.

Munekata said a hemp program coordinator would be hired

"From there we'll work to see how we anticipate rolling out the program itself," he said. 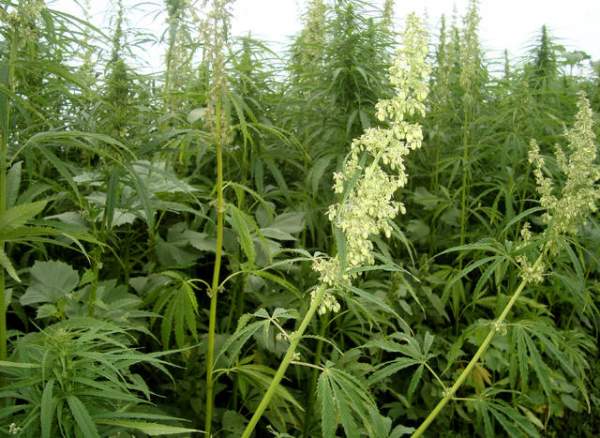