The builders of an award-winning home made from hemp hope that they inspire a shift towards making it a mainstream construction material.

Architect Michael Leung said while industrial hemp was popular in textiles, there was a growing interest in using the cannabis sativa plant in buildings.

"I think we've just hit the hemp industry at the right time, and in Byron Bay there's a real consciousness and responsibility to the environment so it's just seamlessly flowed together," he said.

"When you grow the hemp it takes the carbon out of the atmosphere and it stores the carbon in that fiber and you process it and lock the carbon up into the building, so at that point it becomes carbon negative," he said.

To use hemp in construction, the builders take the chopped hurd, that is the inner woody core, and mix it with lime and sand to create a substance they have dubbed "hempcrete".

In the award-winning Byron hinterland home, the builders constructed frames from recycled timber to hold the hempcrete walls.

"The actual packing of the hemp is very easy to do, kids, children, wives, husbands, anyone can do it," Mr Wrencher said.

"The hardest thing is you need a carpenter for your formwork, but then it can definitely be a community thing to do, pack the hemp into the formed up walls."

The set walls have a texture similar to rendered concrete.

Mr Leung said he began looking into hemp after his wife's father died from mesothelioma, an asbestos-related illness.

"We moved to Byron and wanted to build our dream home and my wife was adamant we weren't going to use any toxic materials," he said.

"Then we met Luke, who had been working with hemp, and it went from there."

Mr Leung said hemp had proven to have outstanding thermal and acoustic properties.

"It's not just an insulator, it buffers temperature and humidity and prevents damp and mould growth," he said.

"It makes the building a healthy environment."

Mr Leung said the company's goal was to make hemp commonplace in the Australian construction industry.

He said the cost was comparable to conventional building products and could potentially be lowered if greater quantities of industrial hemp were grown commercially.

"We're leading the way in terms of design and builds in this country in hemp and we've only done eight builds and a number of feature walls.

"We'd really like all builders to be using it and there's no reason why they shouldn't." 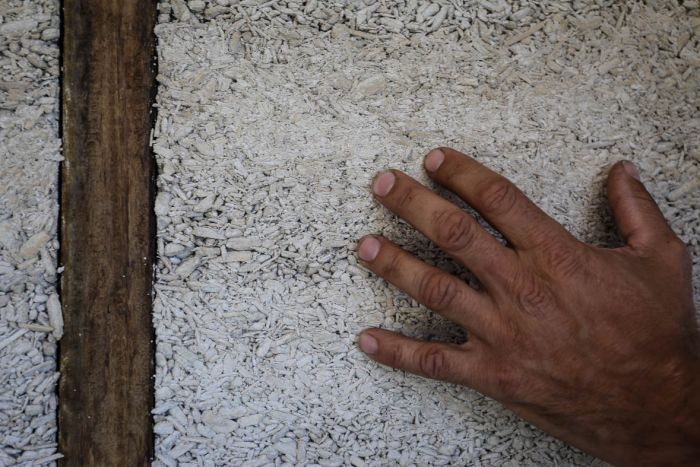 Markets, Seeds & Processing Plants Needed For Hemp Industry To Take Off In Australia