I've decided to make a journal and put these two organic lines head to head as I've been curious for some time how the end products would compare in several categories. I will do a write up this evening describing the experiment in more detail
Stick around!
-B

well, I would glad to read your description bro.
H 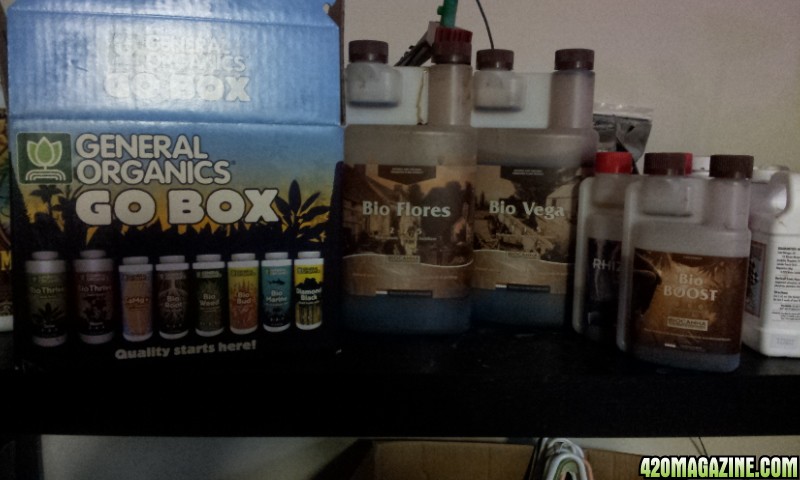 I wanted compare the Bio-Canna Line and the General Organics line for some time now. Mainly, I just to see if there will be a noticeable difference in quality and yield when used at the manufacturers recommended feeding schedule.

- I am starting with two Critical Sensi Star clones taken from the same mother ( ensuring the same genetics) at the same time, topped once. I'm assuming the difference in root mass below the surface is negligible. 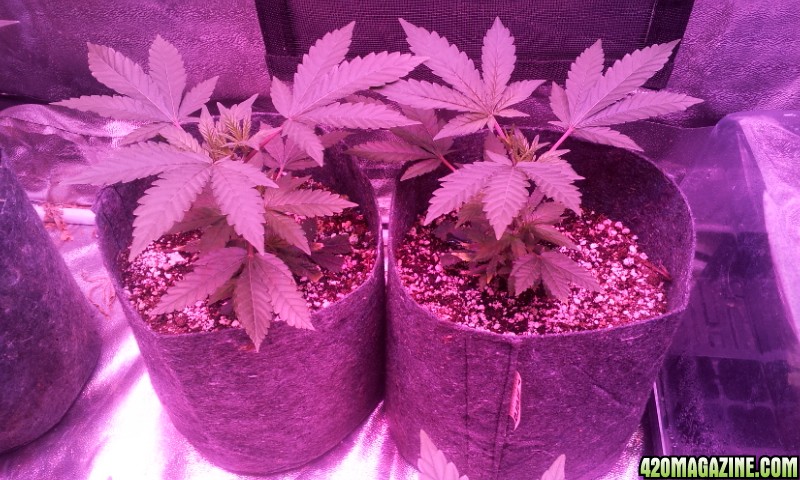 @ about 3 weeks only receiving water up to this point.

Not really applicable since I'm not trying to support a notion that either one of these lines is better. So I personally don't have one, but feel free to share yours!

There will be no control in my experiment which is typically a big no no in the scientific realm, but since I'm comparing one nute line to the other and not whether nutes in general impact growth of the plants I will be leaving out the control. Typically, I conduct experiments in triplicate so I can calculate standard deviation to strengthen my data for journal reviewers... again not doing that either haha. But I will do my best to ensure every variable is taken into consideration so I can to produce reliable data for the community.

With that being said...lets get this thing going...I'll try to put weekly updates and pics of the ladies and measurements if needed.
Thanks for stopping by!!

Visit my 1st grow: OG Kush BC Big Bud DWC and Coco- Completed
Visit my 2nd grow: HSO Sour D auto - Bubblegum PoTM/PoTY 2015- Blue Dream-Completed
Visit my 3rd grow: Stage Hits the Brix! COB led and cool strains- completed.
Current grow: Hey Stage..Where ya been? Fall 2017 DBHBB Perpetual. Current
I am not a product of my circumstances. I am a product of my decisions.
- Stephen Covey
Two things define you:
1. Your patience when you have nothing
2.Your attitude when you have everything

Now this sounds interesting for sure! May I take a seat over here in the corner.

Yup, all up in this one!
Thanks for the pm. I'll definitely get back to you soon!
"Be nice, the next person you meet may be your future brain surgeon."....... true story
First grow. Failed. Good lesson on what NOT to do! completed
Popping My Cherry 2.0 - Growing In Dirt - No Nutes! had to abandon for family emergency
Baby Freedom. Ideal420 soil. Sour Diesel auto. Mars/Hydro tent and LED current
Mars-Hydro tent review
2

THIS IS WAY COOL... i love side by side experiments like this

Thanks all for joining

now that I think about it, this will be my first start to finish organic endeavor! Should be interesting...

Howdy Folks! So its been about a week since I gave the first feeding.. not too much to report. They look exactly the same at this point.
But.... I couldnt not post some pics of some ladys I have in the garden that I am just starting to flush..its a cross I did with an Ice father and a Lemon Kush mother I call Lemon Ice...Starting so show some purple from the Chitral kush background of the mommy 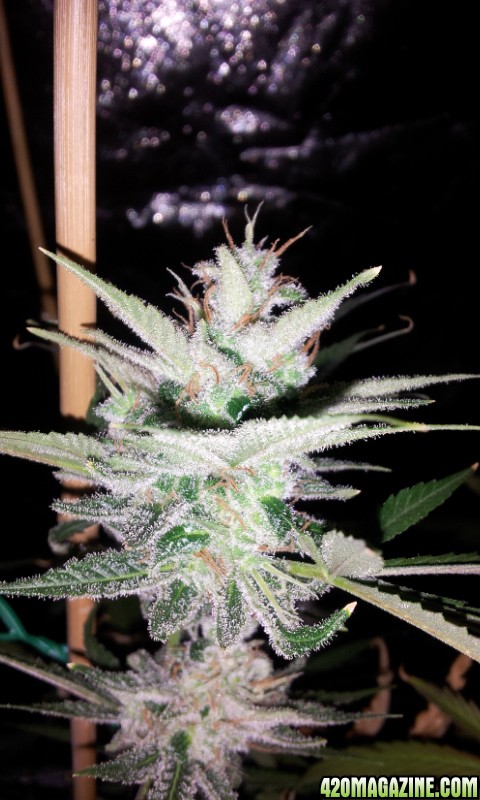 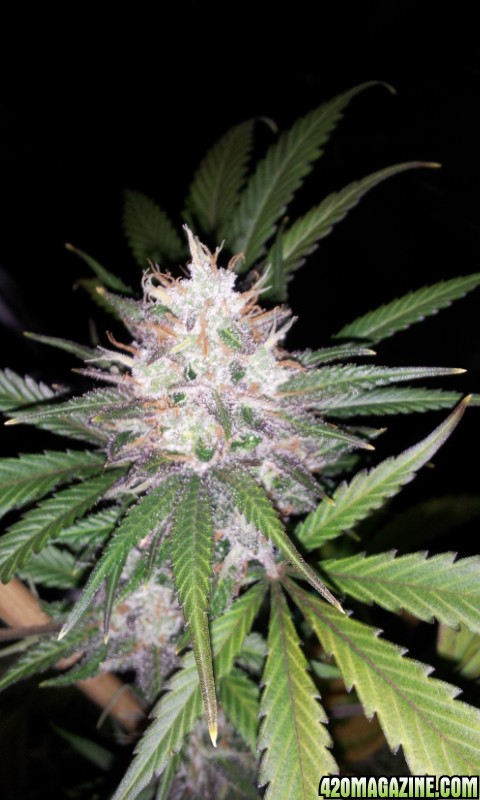 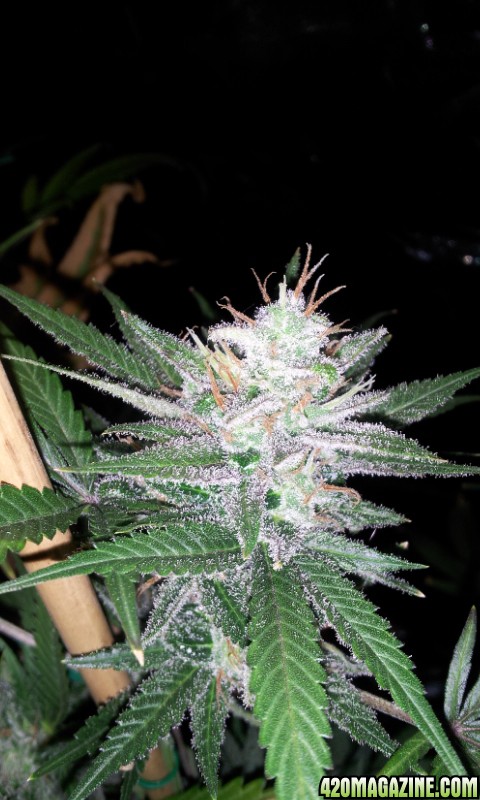 these babies so so frosty...one of them may be getting entered in NOTM!

Thank you sir! Sorry you saw the same pics in my other thread :/ veg and early flower aren't too exciting so I gotta spice it up with some late flower pics lol

I likey the frosty! Beautiful nugs.

Update....The two girls are still in veg.. possible will remain there for another week or two.
These two girls are currently identical...literally wouldnt be able to tell the difference if they werent labelled 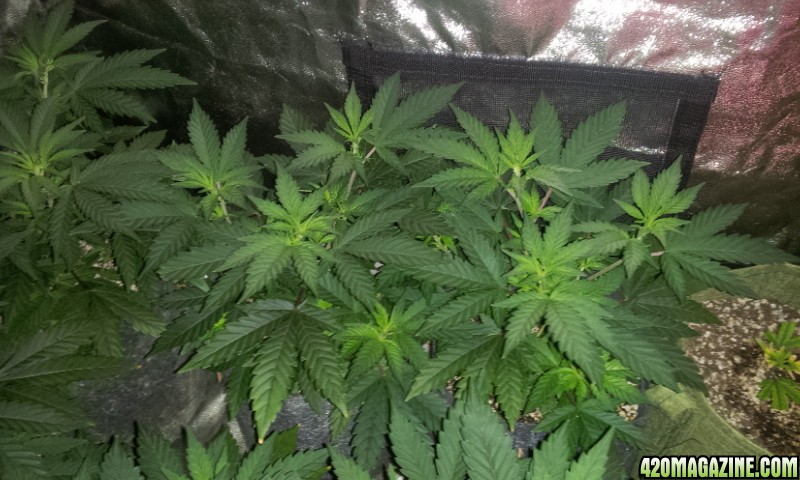 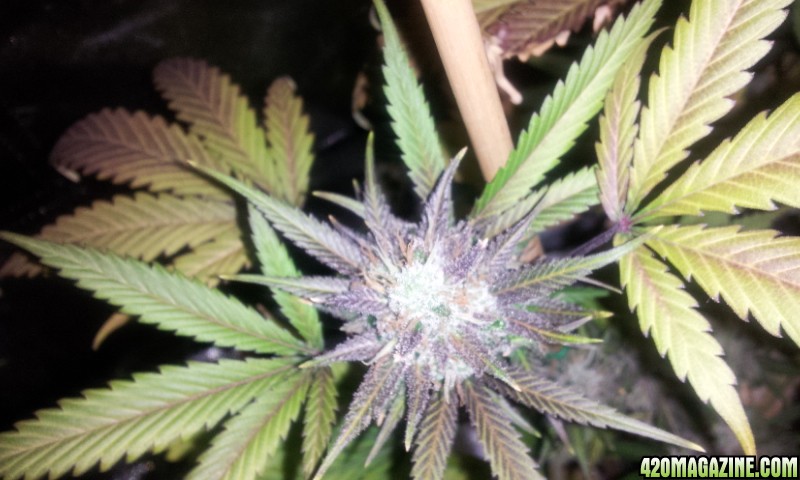 The lemon Ice is looking more fine by the day! 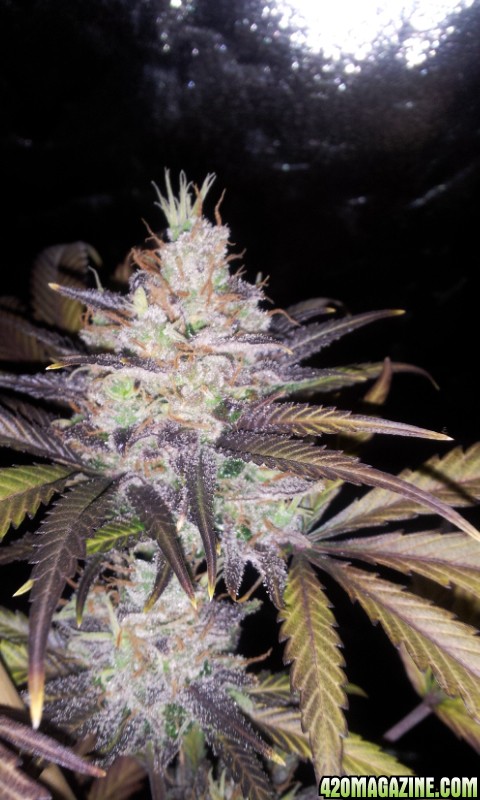 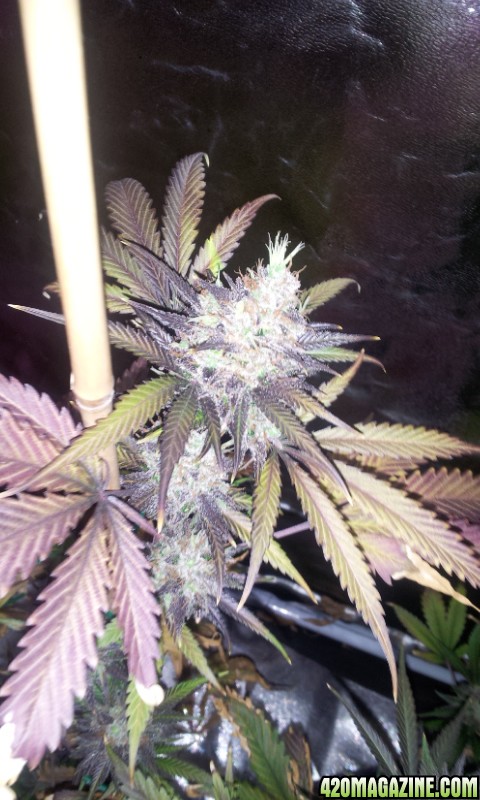 Gee that girls a stunner ^
With your bio canna vs g.o. are you using tap or ro water? And at what ph? Ive been interested in trying an organic grow. .i mean other than whats in my garden and im curious about the ph .. garden girls around here just get ph7 out of the tap.
LED Grow Coco (completed)
H

rhetorrikz said:
Gee that girls a stunner ^
With your bio canna vs g.o. are you using tap or ro water? And at what ph? Ive been interested in trying an organic grow. .i mean other than whats in my garden and im curious about the ph .. garden girls around here just get ph7 out of the tap.
Click to expand...

Thanks boss! I use tap water and my ph is around 7-7.2 with a tds of 170 ppm. As long as the ph out of the tap is reasonable, it should be buffered by the soil and micro organisms. The only organic line I know of that needs a fair amount of ph control is earth juice.

That Lemon Ice is looking tasty. How much farther does she have?

Dr Bob said:
That Lemon Ice is looking tasty. How much farther does she have?

Thanks bob! I'm hoping to chop this weekend... She's starting to kick out some last minute pistils but it's nearly her time. Just waiting for a few more ambers