The House overwhelmingly approved a measure that would give sick children under the age of 18 access to non-smokeable medical marijuana.

The bill, which passed the House 129-13 shortly before midnight Wednesday, would give minors with severe epilepsy and terminal illnesses access to marijuana after the approval of two doctors.

Rep. Matthew Ritter, D-Hartford, said he knows the concept is a controversial topic that generates emails from constituents, however, he asked his fellow lawmakers to stick to the legislation. He said they worked hard with Connecticut pediatricians to make sure the legislation had the safeguards they wanted.

Ritter said he understands it's an emotional issue, but they worked hard to make it a responsible bill.

Ritter said the bulk of the public testimony came from parents of children who experience seizures. He said a parent testified her child would shake violently several times a day leaving the parent wondering how her child was able to survive.

The parent, Susan Meehan, tried cannabis oil and discovered that it reduced her daughter Cyndemae's seizures. Cyndemae died after the public hearing March.

"No one's lighting up," Ritter said.

He said it's a drop of oil on the tongue, and he added that it would be easy to say the Connecticut legislature is giving marijuana to kids, but "that is not what we are doing."

He said this will probably help fewer than 100 people, but it has the potential to be life altering for those families.

Some lawmakers expressed concern that Connecticut was putting physicians in a bad position because it would force them to violate federal law and prescribe an illegal substance. Others used the legislation as a platform to discuss their support for recreational marijuana.

Connecticut legalized medical marijuana for adults in 2012. There are nine dispensaries in the state serving more than 9,400 registered patients.

Connecticut is the only state with a medical marijuana program that doesn't give access to minors, according to the National Conference of State Legislatures. 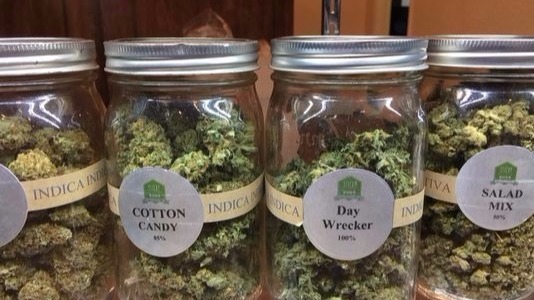