A House committee advanced a bill to legalize marijuana for medical use Thursday after tweaking the language, most notably to block out-of-state patients from buying the drug from the five dispensaries the bill would sanction.

The Health and Human Services and Elderly Affairs Committee voted 14-1 to recommend that the full House pass the amended bill. If it does pass the House, Sen. Nancy Stiles, R-Hampton, who chairs the Senate Health Committee, said she believes the measure would "fare well" in the Senate this time around.

Stiles opposed medical marijuana for years but changed her position after hearing from constituents living with chronic pain that marijuana has given them relief. She voted for the most recent medical marijuana bill in the Senate.

Eighteen states and the District of Columbia already allow people who are sick or in chronic pain to legally buy and use medical marijuana, but possession limits and permissible conditions vary widely.

Out-of-state patients would be able to bring marijuana into the state, but no more than 2 ounces. Patients from states that allow more could unwittingly run afoul of the law. Other changes include a reduction to the amount of pot patients or caregivers could cultivate from four adult plants to three, and reducing a grow site from 100 square feet to 50.

In Vermont, individuals are only allowed to home-grow two adult plants, but in Maine, they can grow far more. Neither state allows out-of-state patients to grow or purchase medical marijuana. Hassan had expressed concerns about allowing home cultivation.

The amended version also includes broader language concerning the permissible conditions, adding that regulators can approve conditions not listed in the bill on a case-by-case basis. It would also create an advisory committee of legislators, regulators, health professionals and the Attorney General's Office. The committee would make annual reports to the Legislature on the status of the medical marijuana program. 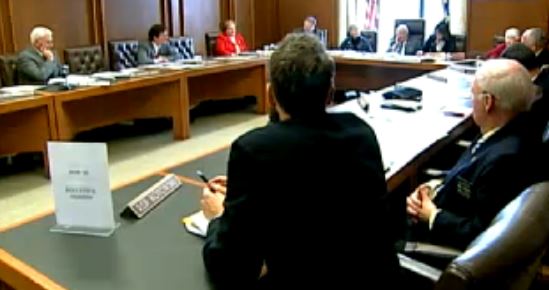