Lansing– The legalities behind Michigan's medical marijuana law would be more clearly defined under an eight-bill legislative package unveiled by House Republicans this morning.

Rep. John Walsh, R-Livonia, Michigan Attorney General Bill Schuette, prosecutors and other lawmakers have said new laws are needed to end what they called "chaos" surrounding implementation of the 2008 ballot initiative that legalized the use of marijuana by seriously ill patients.

Walsh outlined problems that occurred as communities have struggled with the proliferation of dispensaries in their communities. He said the law has been unevenly enforced by prosecutors, law enforcement and judges.

Schuette also today issued an opinion on the storage of marijuana plants. Under current law, patients legally can grow up to 12 plants, and caregivers with permits are allowed to grow up to 12 plants for each of five patients. Schuette issued an opinion that caregivers must store plants for each of their five patients in separate locked storage facilities.

Following the press conference, Schuette said the opinion is effective immediately, though it will be up to local prosecutors to enforce.

The proposed laws would:

Require physicians to have a traditional doctor-patient relationship with someone they provide with a medical marijuana prescription.

Prohibit patient-to-patient transactions and require growers to keep their plants in enclosed, locked facilities that are accessible only to the registered caregiver or patient.

Give law enforcement officials access to the medical marijuana patient registry during the course of their official duties.

Walsh said Republicans will spend the summer researching medical marijuana issues and will convene hearings in the fall, when he said the legislation will be passed. 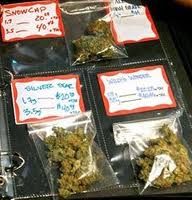 Requiring physicians to have a traditional doctor-patient relationship with someone they provide with a medical marijuana prescription is a CROCK. Our doctor can't sign anymore because they will loose their federal funding if they do. So we're screwed and have to pay a MM clinic to get one. They don't understand there's NOTHING THAT CAN BE DONE FOR MY HUSBAND ANYMORE. THERES NOTHING LEFT TO DOCTOR, HE"S DYING! Just let me grow the only thing that gives him relief without damaging his liver further.