Senate Minority Leader Ted Ferrioli could have been the worst nightmare of every marijuana advocate in the Oregon Legislature this year.

The conservative Republican from John Day comes from an eastern Oregon district that voted resoundingly against legalizing the drug. And in his GOP leadership role, he has no reason to make the Democrats who dominate the Legislature look good.

As possession of marijuana becomes legal for Oregon adults, the Legislature is finishing work on a series of bills that — almost as much as Measure 91 -- will determine how and where the drug is bought, sold and consumed in Oregon.

"I wasn't at all conflicted about my role in trying to facilitate the end of prohibition," said Ferrioli, arguing that he was interested in "ending the black market, combating gangsterism" and getting marijuana offenders out of jail.

As it happens, Ferrioli's family history played a big role in shaping his views on the drive to make pot legal. The son of a liquor salesman and the grandson of a bootlegger, he grew up learning about the ills of America's failed attempt to prohibit alcohol in the 1920s.

"I asked myself, 'If I had been alive at that period of time, what would I have done to help end Prohibition?''' Ferrioli recalled.

Sam Chapman, a marijuana business consultant and lobbyist who closely followed the deliberations, was surprised at how legislators on the committee worked across party lines.

"Cannabis, of all things, brought the two parties together," said Chapman, noting that the strong vote for Measure 91 tamed any desire to slow down implementing a legal market.

At the same time, legislators weren't afraid to rewrite the terms of the 38-page initiative.

"The will of voters is that they wanted it legal, taxed and regulated," said Sen. Ginny Burdick, D-Portland and co-chair of the Joint Committee on Implementing Measure 91. "As far as I was concerned, everything else was up for discussion."

In particular, Burdick said she was determined to gain control over the state's large, mostly unregulated medical marijuana industry — even though Measure 91 said it wouldn't affect that system.

Burdick noted that by most estimates, growers are producing far more than needed to supply medical marijuana patients, and that much of that excess goes to the black market.

Burdick said regulators in Colorado, which along with Washington led the way in voting to legalize marijuana in 2012, said their biggest mistake was failing to get a handle on medical marijuana.

In the end, legislators agreed to put new limits on medical marijuana growers and told them that if want to be a major producer, they have to go into the highly regulated recreational marijuana market.

The marijuana committee's biggest internal struggle was over how much power local communities should have to control or prohibit marijuana businesses.

Ferrioli was in the middle of that fight, arguing that cities and counties shouldn't be forced to accept businesses selling a drug that's still illegal under federal law.

At his insistence, legislators reached an unusual compromise. They agreed that local governments in the 15 counties — all in eastern Oregon — with at least a 55 percent vote against Measure 91 could ban marijuana businesses.

In the other counties, any ban would have to be approved by voters. The compromise bothered some legislators, who worried that it might set a precedent for counties to ignore other Oregon laws they don't like.

But Ferrioli said he thinks it's a way for localities to have time to get accustomed to a new culture, much as cities and counties were able to stay "dry" after Prohibition ended.

Cannabis also brought legislators together in adopting a sales tax, something Oregon politicians are usually as wary of touching as a high-voltage wire.

They decided that the harvest tax called for in Measure 91 was unwieldy and would make it harder to ensure that Oregon marijuana is competitively priced — which they thought was important to lure people away from the black market.

Perhaps the biggest surprise of the committee's deliberations, however, was Ferrioli's proposal to begin temporary sales at medical marijuana dispensaries when possession became legal. He wasn't able to get a July 1 start date for temporary sales, but the Legislature is moving toward final approval of a bill calling for an Oct. 1 start date.

"It just seemed illogical and unfair to say something is legal, but you can't buy it," Ferrioli said. The state was in essence telling consumers, "Just wait for a year or so until your bureaucracy can catch up with your democracy," he said.

With the Oregon Liquor Control Commission saying it would not be ready to issue retail licenses until late 2016, Ferrioli's idea quickly gained traction.

Industry advocates said the early sales could help preserve many of the medical marijuana dispensaries that opened in the last year but are now struggling.

Chapman said these sales to recreational consumers will be crucial to keep many dispensaries open while they wait for a shot at OLCC licensing.

Helping nurture home-grown businesses — even if they're involved in the black market — was a big goal of the committee, Burdick said.

"What we tried to do was clear a way for people who are Oregonians and have been doing this for a long time to succeed in the legal market," she said.

"Look at the small entrepreneurs of the marijuana business who have been turning Oregon into the Napa Valley of cannabis," said Ferrioli, adding that there will soon be plenty of competition resulting in a "green gold rush." 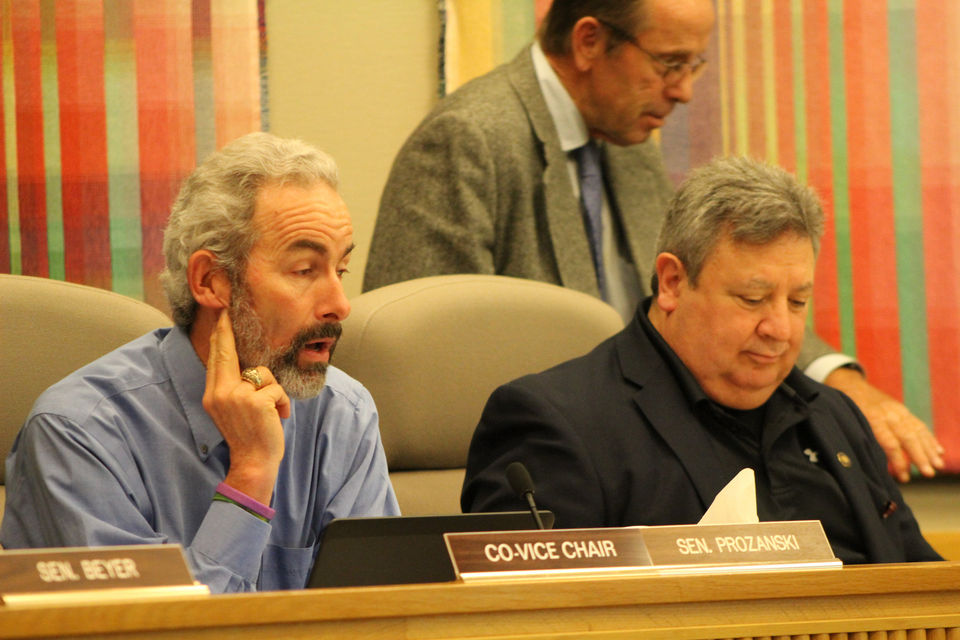