How do I determine a female sex plant from a male?

Preflowers, as opposed to full blown flowers, generally appear after the fourth week of vegetative growth from seed. Check carefully above the fourth node. Please note that preflowers are very small and impossible to differentiate without magnification. A photographer's 10x loupe is handy indeed when examining preflowers. 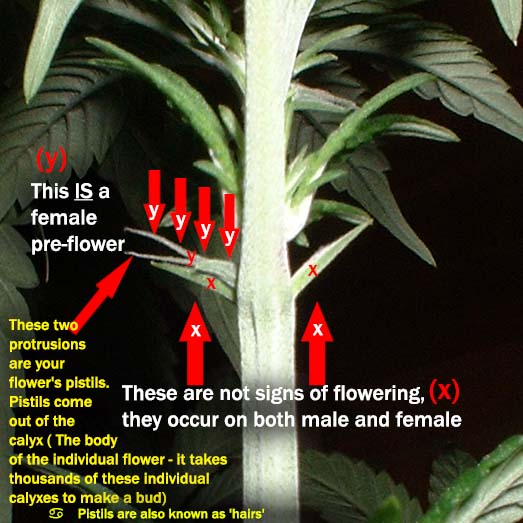 The male preflower and flower may be described as a "ball on a stick." Frequently, a male plant will develop mature staminate flowers after prolonged periods of vegetative growth. These appear in clusters around the nodes.

The following image shows a male plant in early flowering. Staminate flowers are located at the node between
the stipule and emerging branch. Note the clusters of flowers. 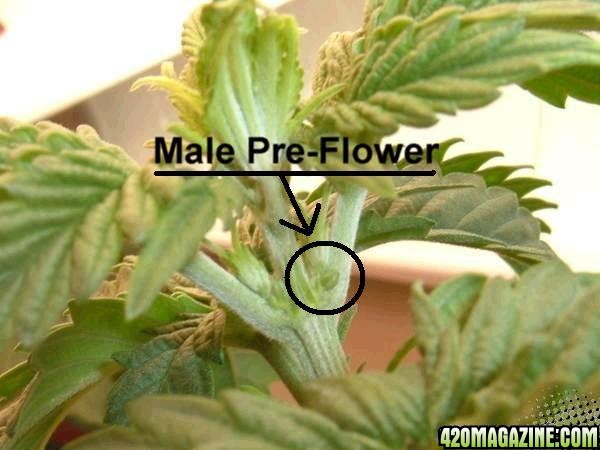 Thank you for your time and the info. Grunt 69

dang that was dead on
thanks for your info
T

Thanks for the info! I'll definately be needing that in a month or so.
G

thanx 4 info this should help:smokin:

males =look for the football shaped pollen sacs to form under the nodes.. then get his ass outta there. females= white hairs or pistols, no pollen sacs..
"We're here , We're High.. Get Use To It!
-Marc Emery

whats the earlyis i can tel if itsp male or female
N.O.R.M.A.L for whats right stoner for life

this1nsakilla said:
whats the earlyis i can tel if itsp male or female
Click to expand...

why get rid of males?

JENZZ said:
why get rid of males?
Click to expand...


Males will germinate the females and you will have seeds. A great deal of buds can be lost due to seed production. Removing males makes female spend all their energy on creating sticky enticing traps for possible pollen. This is what is smoked

cant you save the male plants and use the leafs of the males to smoke? I also heard if u take the male leafs and rub them against the female buds that the male leafs will pick up more thc and will get you more high.
R

IGrowRite said:
cant you save the male plants and use the leafs of the males to smoke? I also heard if u take the male leafs and rub them against the female buds that the male leafs will pick up more thc and will get you more high.
Click to expand...


Im going to assume by your name that your joking, but just in case your not, if you save the males you will pollinate the females and produce lots of seeds on them and they will not be close to as potent as seedless females will be. As far as rubbing the male leaves on the female bud, you could rub a T-bone steak on them and that will increase its thc content but not enough to get you high.:rasta: 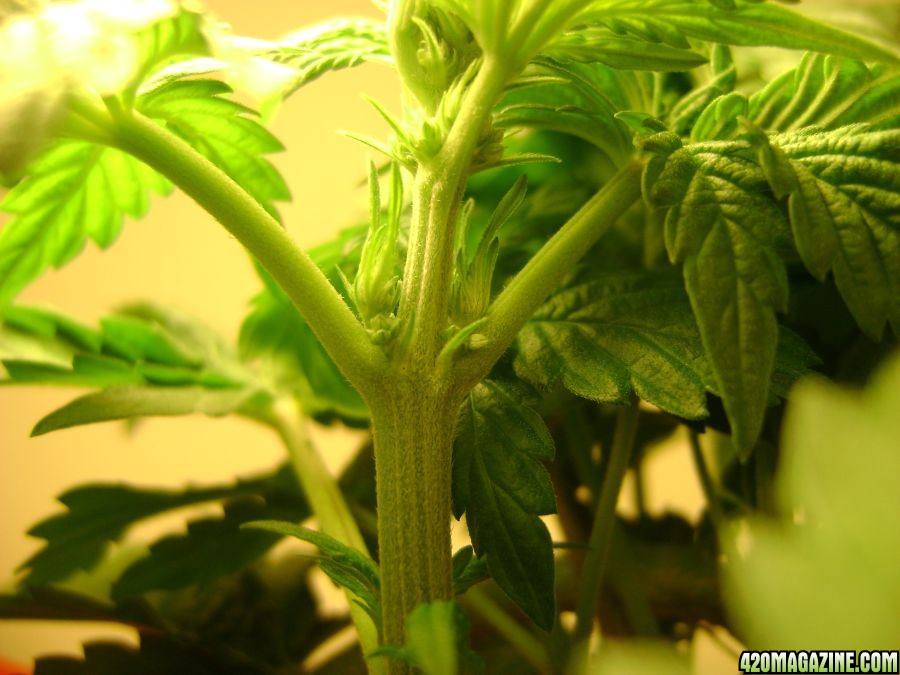 When exactly can the male plant start fertilizing the female plant?? im curious if there was a room full of clones (all female) and a few unknown say (four weeks old) how long is it you can have the unkowns in there until it starts fertilizing? before flower period? first couple weeks of flowering???
G

First time grower, and I was wondering if Male plants are able to grow the white hairs and if the buds can be anywhere, I have 2 plants I have been growing for 2 months and they both have buds with white hairs from top 2 bottom, but honestly I think I MIGHT see pollen sacs, I can't quite tell so any additional info would be most helpful

GreenVodoo
These guys are a big help,I'm new to 420 myself.If you post pics they will be more able to help...
I'll be checking on you in future,
Good luck and happy growing

How Can I Determine the Sex of Seed Plants with Clones?

Should I Force Flower my Plants to Determine Sex, then Revert to Veg

What is an Hermaphrodite?
2

How can I tell if my seedling is male or female without flowering it?
2 3 4 5