There are fewer than 10 days to go before California launches its legal marketplace for the retail sale of recreational marijuana.

How smoothly that transition goes will depend on how many cities and counties opt in to allow commercial cannabis business in their jurisdictions.

At this stage, it's unclear what that number is.

The state's Bureau of Cannabis Control hasn't released a list of jurisdictions moving forward with cannabis regulations. Neither has the League of California Cities nor the California State Association of Counties.

But Sacramento-based cannabis licensing consultant Jackie McGowan has her own tally. She estimates a third of California's local governments are ready to get in the commercial cannabis game as of this week.

"Thirty percent of the state is a massive increase from this time last year, when it was probably more about 15 percent," says McGowan.

According to McGowan, 161 California municipalities either have cannabis ordinances in place, are working on them, or have granted exemptions from their jurisdiction-wide bans to individual businesses.

California's six largest cities have opted in to the commercial cannabis marketplace: Los Angeles, San Diego, San Jose, San Francisco, Fresno and Sacramento. Together, they comprise more than a fifth of the state's population.

McGowan began tracking local cannabis regulations after voters approved Proposition 64 on the November 2016 ballot. She set up a separate Google email alert for every city and county in California with key words like "Novato," "cannabis," and "regulate" or "ban."

McGowan says, lately, her inbox has been flooded with up to 500 emails a day.

Cannabis growers may apply for a temporary license from the California Department of Food and Agriculture, but the agency has not yet started issuing licenses. 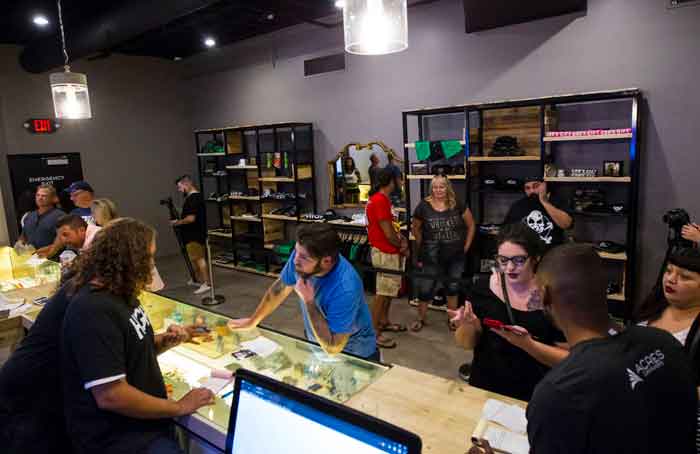