As marijuana legalization looms on California's horizon, employers are conflicted about their policies of drug testing.

If voters agree to legalize pot on Nov. 8, business leaders and employment experts say employers could find themselves in trouble for asking a job applicant or underling to pee in a cup. That common prework screening could violate an individual's privacy regarding a medical condition. And, for potential employees, deciding whether to comply with drug testing often means a choice between refusing and not getting the job, or agreeing and being outed as a pot user.

What is an employer to do? And how can a job seeker protect himself? Is it better to test or not? Those are the questions that are plaguing employment and legal experts who say that California businesses will have to make some tough decisions about who to test, when to do it or if they should do it at all.

"The one thing that's not clear to both employee and employer are those protections," says Edward Yost, human resources business partner with the 285,000-member Society for Human Resource Management. "Once (marijuana) is legalized, that will protect you from prosecution; however, it doesn't protect your job."

Employers won't tolerate drug use on the job even if someone has a medical marijuana excuse. The California Supreme Court agrees with the employer on this issue. "Most employers do [testing] because they don't want employees doing something and coming to work, whether that's drugs or alcohol," Yost says. "Alcohol is legal but you can't drink it on the job."

Federal law places few limits on drug testing. It neither requires nor prohibits testing, leaving that up to state and local governments to decide. However, federal law does require testing in safety-sensitive industries such as transportation, aviation and NASA, says NOLO Network, one of the web's largest libraries of free, consumer-friendly legal information. According to the legal site, "California is one of the few states with a constitution that includes a right to privacy for public and private employees. California court cases have found that employers may require employees to pass a drug test as a condition of employment. The employer must test all applicants for particular job positions and may not single out applicants based on protected characteristics such as race or disability."

Yet marijuana legalization could lead to a snarl of legal dilemmas. California has a "compassionate use" law, which allows residents to use marijuana for medical purposes. However, the state Supreme Court has held that an employer may refuse to hire an applicant who tests positive for marijuana, even if the drug is legally prescribed for a disability. This could leave employers open to disability discrimination claims. Some companies refrain from drug testing altogether, such as Yahoo, which is based in Playa Vista. "Although drug testing is not part of the hiring process, Yahoo has a drug-free workplace policy," company spokeswoman Carolyn Clark says.

While Yahoo may not test, there are many companies that do test employees. According to a recent article posted by the Society for Human Resource Management, the world's largest HR professional society, a 2013 report found that "78 percent of respondents overall conduct drug testing on some portion of their workforce. This number jumps dramatically in the transportation industry (98 percent), which has additional regulatory requirements."

A recent New York Times article reports that drug testing has become an impediment for companies looking to employ people to operate heavy machinery. The article gives examples of transportation companies whose prospective drivers won't show up for drug tests.

Yost says he has experienced a similar effect. He says that some prospective employees will even leave during the interview process if drug testing is required. "Potential employees who are asked to take a test will get up and walk out," Yost says. "That's not a unique circumstance."

Yost says some companies choose not to test, because it can get expensive, particularly if there is a lot of turnover. And companies who randomly drug test often face a complicated challenge. "You risk losing your best producer or employee," Yost says. "That's a risk some employers aren't willing to take." 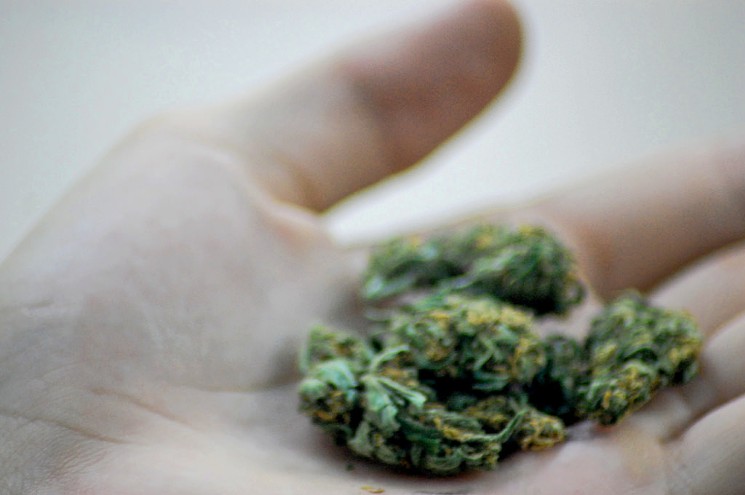 UK: The Hazy Issue Of Weed And Work