How Tax Reform Could Push More States To Legalize Marijuana

Over the past few decades, the two statements most associated with the Republican Party are probably "No new taxes" and "Just say no." Most Republican lawmakers believe that more money should remain in people's pockets and less in government coffers (lower taxes).

They also believe the way to deal with illegal drugs is through aggressive enforcement, prosecution and abstinence (Attorney General Jeff Sessions has gone so far as to say that anyone who uses marijuana is a "bad person").

Ironically, in getting revenge on blue states by eliminating the state and local tax deduction (SALT) in the new federal tax bill, the Republican Congress and Donald Trump may be giving all of those states every incentive to legalize recreational marijuana today — and eventually legalize other drugs too.

Take New Jersey and New York. Both are very high tax states where eliminating the SALT deduction will hit residents and local governments especially hard. Now that New Yorkers and New Jerseyites are going to see their federal taxes rise by as much as 7 to 8 percent, they're going to have to find savings somewhere.

Some people will move to states with low income taxes like Texas or Florida (giving those states more representation in Congress). Some people will spend less money, hurting local businesses and reducing sales tax revenue. Towns and cities with high property taxes will quickly face another round of property tax revolts, driving down local revenue collection for schools and other services. And every form of municipal, county and state government will feel the pain.

They'll need to make up the difference somehow, somewhere. While some states will keep passing new taxes on millionaires, that's neither enough money to solve the problem nor is it a great idea to give high earners even more incentive to leave your state and stop paying you taxes altogether. The money has to come from somewhere else.

This is essentially how casino gambling spread to 40 different states. One state, looking for new revenue without wanting to pass unpopular tax increases, authorizes licenses for riverboat casinos or poker rooms or tracks with slot machines.

The state next door sees its residents cross the border to gamble and they inevitably say to themselves, "Why are we losing all of this revenue to Indiana/ New Jersey/ Arizona?" Then they authorize their own casinos to try to recapture the revenue (and it's far easier to justify the decision when the state next door is already doing it).

The elimination of SALT is going to do the same thing for recreational drugs. Phil Murphy, New Jersey's governor-elect, has already pledged to pass legalization of recreational marijuana. Most New Jersey insiders think the legislature will go along. Once cannabis becomes legal in New Jersey and available for purchase to anyone over the age of 18, New Yorkers are going to start flooding into dispensaries in Hoboken and Jersey City to buy weed without having to take any risk.

Eventually, that would be enough to get New York to legalize recreational marijuana, with our without elimination of the SALT deduction. But now we're about to enter a world where local revenues are going to drop and local taxpayers are going to be angrier than ever.

That means looking elsewhere for revenue — and fast. And right now, one of the fastest sources of new revenue would come from co-opting the drug industry (forcing the cartels, gangs and dealers to make way for the government to get into the game).

If you're New York, the narrative of "we don't want to lose all this revenue to New Jersey" provides tremendous cover to legalize recreational cannabis. That same process will repeat itself in Illinois, Maryland, most of New England, Wisconsin, Minnesota, Delaware, and plenty of other states (eventually Pennsylvania, Virginia, even Ohio).

Over time, two more things could happen: (1) just like more and more forms of gaming keep getting authorized, so could more and more types of drugs; and (2) the normalization of recreational drugs in states will force the federal government to reclassify drug penalties and prohibitions.

As someone who strongly believes that the War on Drugs is immoral, ineffective and idiotic, I'd be thrilled to see this happen. But when Trump, Mike Pence Paul Ryan, Mitch McConnell, Orin Hatch, Kevin Brady and their colleagues were sitting around laughing about how they could finance tax cuts and punish blue states at the same time, you can bet they didn't think they were also creating an express lane to legalize a host of recreational drugs.

Of course, they can always avoid that fate by just saying no — to tax reform. 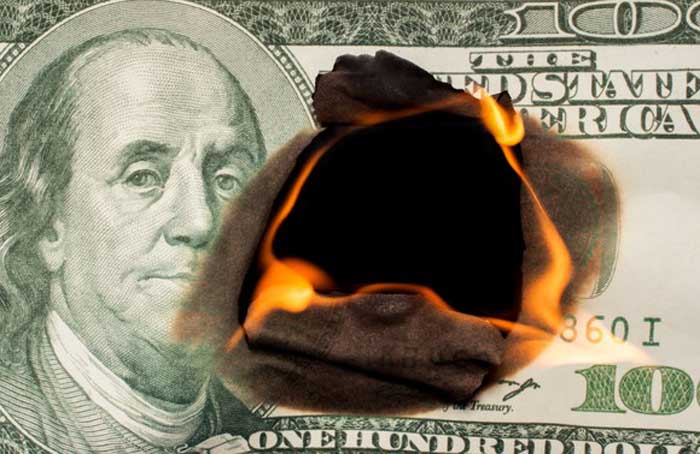 A $1 Billion Marijuana Windfall For New Jersey? Some Say It's Possible