Husband Growing Cannabis For Sick Wife May Be Charged

A Manatee County couple who has been pushing for the legalization of medical marijuana for nearly 20 years will find out any day now if charges will be filed for growing cannabis at their home.

"It's no different than them coming into your house and kicking in your front door and taking your cancer medication," said Robert. "This is life and death for us. If she doesn't have it, she starts getting sick. Now what am I supposed to do?"

Robert said he grows the cannabis plants to help his wife, who has Lou Gehrig's disease.

When she was diagnosed in 1986, she was given only three to five years to live. She said the cannabis is the only thing that helps her.

"It always relaxes my muscles and the type of cannabis I use wakes up my brain," said Cathy.

But now that her medicine is gone, she and her husband are worried.

"If there was something else I could use, I would use it," said Robert. "She has used everything they tried to prescribe to her, nothing works."

Cathy and Robert said without the medicine, they're worried about their future.

The couple said Cathy is the only one who uses the cannabis. To prove that, Robert took a drug test and passed it.

Despite this, he is the only one facing charges of cultivation of cannabis.

If charged, he faces a maximum of five years in prison.

While the couple is upset about what has happened, they said something good has happened out of this.

Cathy is President of the Florida Cannabis Action Network, and has been lobbying for the legalization of medical marijuana in Florida for years. They're hoping this latest incident will raise more awareness.

The State Attorney's Office is reviewing the case and expected to decide on the charges any day now.

If passed, Florida would become the 19th state to legalize marijuana for medical reasons. 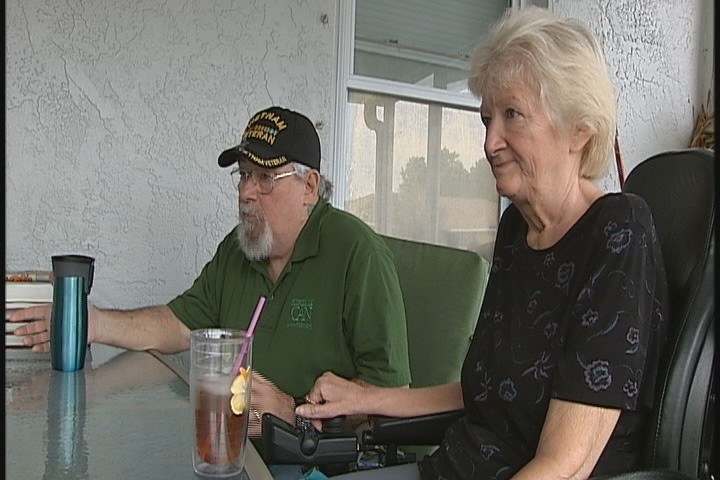 T
Husband Growing Cannabis For Sick Wife May Be Charged