UK - A multiple sclerosis sufferer who once vowed to continue smoking cannabis even if it means going to jail has been prosecuted for the third time. Former special constable Susan Lunn, 44, pleaded guilty at Hull Magistrates' Court after police officers caught her with a "small quantity" of the class B drug. The court heard she smokes cannabis to help numb the pain and symptoms of the debilitating condition.

It is the third time Lunn, of Mulcourt in Orchard Park, has been convicted of the crime after suffering with the illness for 18 years. Prosecutor Andrew Stirling said officers found her stash during a visit to her home for unrelated reasons, which were not disclosed in court, on July 14. He said: "The police visited her address about something different and noticed there was a small quantity of cannabis in her living room."

Lunn is already serving two conditional discharges for similar offences, the court heard. In April last year, she was given a six-month conditional discharge. In an interview with the Mail, said: "I'm not going to stop doing it. If I gave up cannabis, the results would be absolutely devastating. "I smoke it every day and it has helped me to live a relatively normal life. It calms me down, relaxes my muscles, stops my shakes and helps keep my mild epilepsy under control." She appeared before magistrates again this week, visibly upset. When chairman of the bench John Nicholson left the room, she said: "They are going to send me down."

In mitigation, Dave Robson said she started using cannabis after a friend told her it can alleviate the symptoms of MS. She was forced to stop working as a special police constable after the symptoms of the condition, which include pain, tremors and loss of bladder control, started to take hold. Mr Robson said: "She has tried all the medicine but it doesn't help her.

"The cannabis makes her more composed and she feels far better when she has it, but she does understand it is illegal." He said Lunn had been offered expert help with the condition since her prosecution, which she was willing to accept. "She doesn't want to be breaking the law," said Mr Robson. "But sometimes it gets too much and that is why she succumbs." Fining Lunn Â£70, Mr Nicholson said: "We have sympathy with your situation, however, the law is the law." He also ordered her to pay Â£85 costs and a Â£20 victim surcharge. 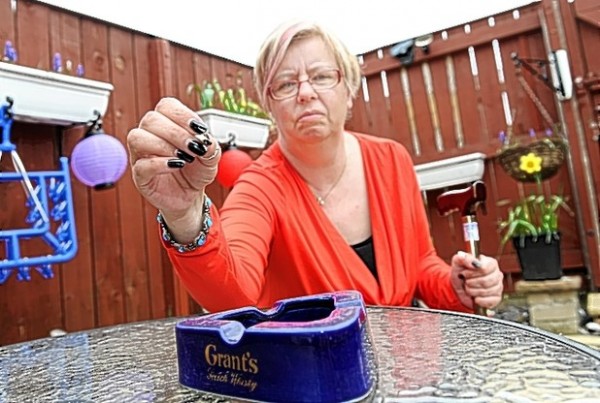 T
Renewed Push For Medical Marijuana From Those Suffering From MS

Shaking a Stigma of Smoking Marijuana