ID: Cannabis Butter Eased Her Child's Symptoms Then Her Kids Were Taken Away From Her

Gooding, Idaho - A mother is facing a criminal charge and fighting to regain custody of her two children after she said she gave her daughter butter infused with marijuana to treat the girl's seizure-like symptoms.

Kelsey Osborne, 23, was arraigned last week in Twin Falls County Magistrate Court on a misdemeanor count of injury to child. Osborne said the Department of Health and Welfare has also taken her children and placed them with her ex-husband in Jerome, leaving her with only supervised visitation rights.

"They've already taken my life - they've taken my kids - so at this point, I really don't have anything else to lose," Osborne told the Times-News Monday on why she's speaking out despite the pending criminal charge.

Osborne said her daughter Madyson has been acting out since she was 18 months old, but was having a particularly bad night Oct. 4 after several weeks of going on and off Risperidone, an antipsychotic medication.

The next morning, Madyson was having seizure-like symptoms, vomiting and acting out in a way she never had, so Osborne made her a smoothie with marijuana butter that calmed the girl, Osborne said. But at a doctor's appointment later that day, the girl tested positive for marijuana and the doctor called the Department of Health and Welfare.

In 2015, a bill reached the governor's desk that would have created a state-run study of medical marijuana oil allowing parents of epileptic children to participate. The bill would not have decriminalized the cannabis oil but would have provided a defense for people who are arrested for using the marijuana extract, known as cannabis oil, or CBD oil.

Instead, after vetoing that bill, Gov. Butch Otter issued an executive order allowing up to 25 children with persistent seizures to have access to an experimental, non-psychoactive drug derived from marijuana.

Osborne said she was forced to use the marijuana butter, which she made herself and contains THC, because CBD oil isn't available in Idaho. Idaho is the only state from the surrounding states that still bans all forms of marijuana use, both medical and otherwise. Wyoming and Utah passed bills in the past two years that grant supervised use CBD oil to treat intractable epilepsy or seizure disorders.

Meanwhile, a 10-member legislative panel earlier this month chose not to submit a recommendation to the Idaho Legislature regarding the state's faith-healing law, which allows families to cite religious reasons for medical decisions without risking being charged with neglect, abuse or manslaughter. Critics argue the exemption causes unnecessary harm to children, while advocates counter that the law protects religious and parental rights.

As for Osborne and her choice to give her daughter the marijuana butter, she said it wasn't a difficult decision - the only thing she questioned was whether she was giving Madyson enough to treat her. Osborne said her daughter calmed down and stopped exhibiting the seizure-like symptoms about 30 minutes after drinking the smoothie. 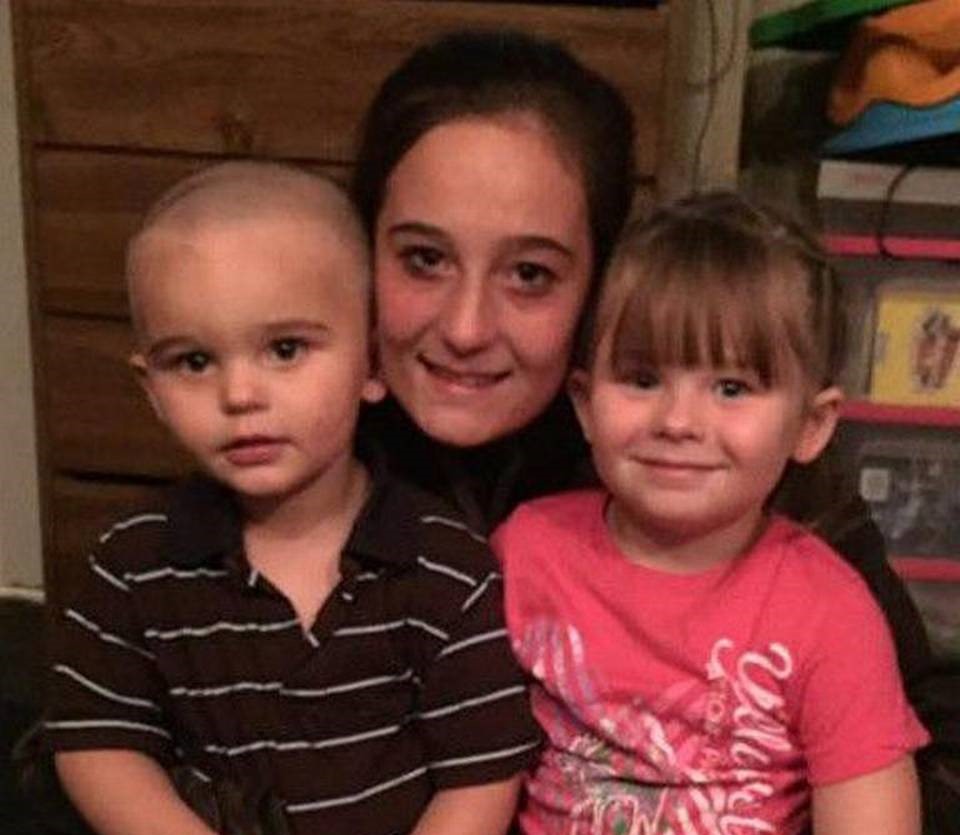 K
ID: Would You Give Your Sick Child Marijuana If It Helped?

Oct 27, 2016
Katelyn Baker
K
K
ID: Cannabis Butter Eased Her Child's Symptoms Then Her Kids Were Taken Away From Her