Over the course of the past several decades 4/20 has become a symbol for 'weed day.' Where the designation comes from is as hazy as the smoke hundreds of thousands of pot aficionados will bask in around the country as they celebrate the recent progress in legalizing pot across America. Some believe that it is the designated hour for teatime of Amsterdam, the unofficial capital of cannabis. Others say it's the number of active chemicals in marijuana while an even more elaborate explanation is that 420 is the numbers in a Bob Dylan song "Rainy Day #12 & 35" multiplied together. Whatever the origins, April 20th has grown to the pop-cultural phenomenon it is today for a simple reason: 4/20 is a youth driven counter culture rebellion in protest of marijuana being illegal.

During the period of free love, peace and rock and roll in the '60s and '70s, Marijuana was ubiquitous at concerts, universities and festivals around the country. But as the hippie culture waned, Marijuana became demonized as political culture grew more conservative and a 'tough on crime' reaction to political and cultural unrest from decades prior took hold. Although marijuana had already been technically illegal since 1937, in the early eighties the Reagan administration passed the three-strikes law, the toughest national laws and sentencing guidelines ever against Marijuana growers, users and distributors. Public opinion towards marijuana had drastically soured and suddenly possession of hemp -- or cannabis -- was a major federal crime. While critics have long argued the new "Three Strikes" laws were harsh and unjust punishment, they also had another major unfortunate impact. The laws made crippled the burgeoning use of hemp for commercial (non-marijuana) purposes in the US.

Hemp, which is the more common moniker for the Cannabis Plant from which marijuana comes from, is one of the most sustainable plants that exits today and has been used as fiber, oil, and food for centuries. One of the oldest most versatile crops with as many as 25,000 known uses, Hemp can be refined into products such as hemp seed foods, hemp oil, wax, resin, rope, cloth, pulp, paper, and fuel and thousands of other products and done so a highly efficient and low-impact manner that limits its environmental impact. The potential for hemp as a sustainable resource is enormous. In fact according to the U.S. Dept. of Agriculture one acre of hemp can produce more than 4 times the paper of an acre of trees. From the time they are planted, trees aren't ready to be be harvested for 20 to 50 years. Meanwhile, hemp can grow up to 20 feet in a matter of 4 months. Growing hemp instead of trees, would save forests, prevent erosion of the topsoil due to logging practices (which also would reduce pollution runoff into our lakes and streams) and generally cut down on waste and pollution as fewer harmful chemicals are required to process hemp than are used in converting wood pulp into paper.

Hemp has also been recognized as a potential substitute for cotton to make textiles. A hemp fiber is 10 times stronger than traditional cotton and with new processing techniques can be manufactured to be as soft as cotton, making it an ideal material for all types of clothing. Compared to cotton, hemp is both far more cost and resource effective. Cotton requires an enormous amount of land and water and can only be grown in warmer climates. It is also a very chemical intensive crop to produce as it requires millions of gallons of pesticides to grow it and additional chemicals to process it into textiles. Meanwhile hemp requires hardly any water, can be grown in all climates (and indoors) and has few known insects that eat it, thus cutting down on necessary insecticides or other harmful chemicals. Given 50% of all pesticides used in the U.S. are used on cotton and that these pesticides have been linked to the cancers and deaths of thousands of US farmers each year, substituting hemp for cotton would drastically improve the health of our farmers and of our ecosystems. Like with trees, hemp is a far more efficient crop producing two to three times as much fiber per acre as cotton. In fact if farmers were to plant a field 25x25 miles long (which is the size of a small county in the North East), they could produce enough hemp to make 100 million pairs of jeans each year.

Sadly such a breakthrough is far from reality. While hemp is legally grown for commercial use throughout much of Europe, Australia, India, China, Russia and recently Canada it is still outlawed here at home. As far back as the early 1900s hemp was considered the "billion dollar crop" and the future of agriculture. Many earlier presidents planted hemp including Thomas Jefferson and George Washington who was a big advocate for hemp writing ""Make the most of the hemp seed, sow it everywhere." Yet, since 1937, hemp has been illegal in the states as a result of the cotton industry's successfully campaign to demonize the plant. The current draconian drug laws enacted by Reagan in the 80s are still on the books today and not only make it illegal to own hemp but even raise the possibility of the death penalty for those who grow it in mass quantity.

Beyond agriculture, textiles and paper sources, hemp has been found to be an extraordinary source and sustainable alternative to paint, varnish, ink, lubricating oils and plastic substitutes among the thousands of its uses. It is also a cost efficient and more durable building material, a nutritious and high protein oil and a bio-fuels that could, grown in large quantities and supplemented by the proper technology, provide much of our nation's energy needs. Some scientists have gone as far as to claim it is the best hope to fundamentally impact and slow climate change and the deforestation and over-farming of our planet.

No plant species on earth has the mix of awesome commercial, economic and environmental potential as hemp and yet sadly, no plant has been so stigmatized. As the US begins the process of decriminalization of marijuana it should focus on and must speed up the process of allowing for the commercial use of hemp. If it does not capitalize on what is a significant economic and environmental opportunity, we will continue to lose an simple yet vital opportunity and solution that will positively reshape our economy and our environment. 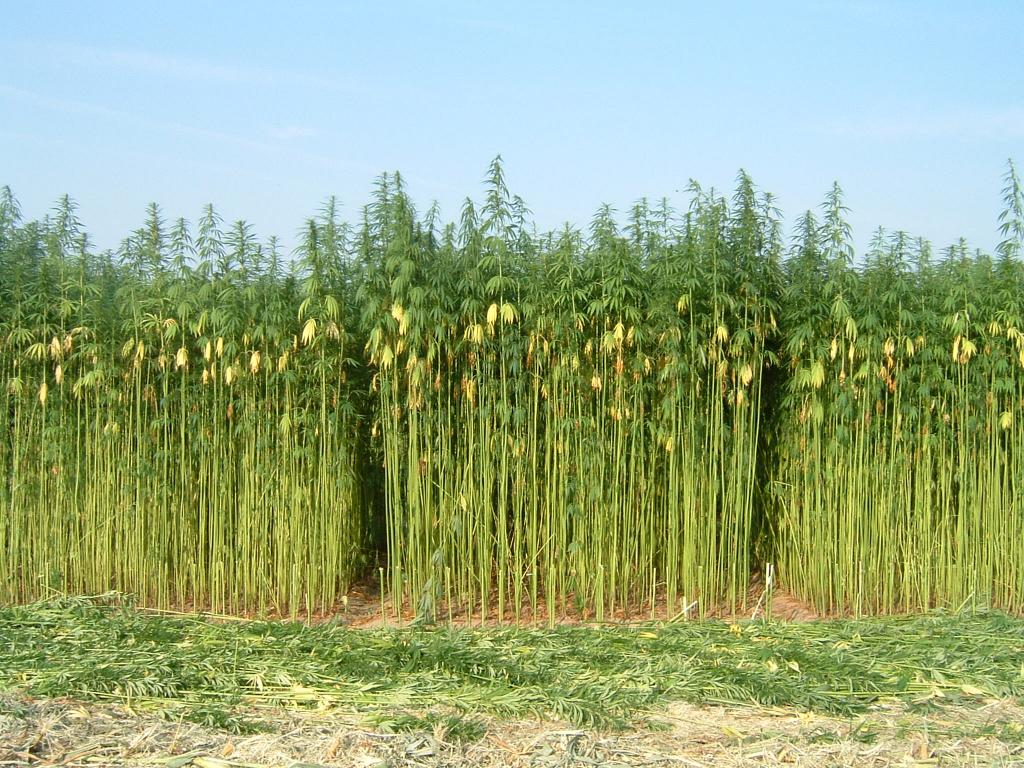 News Moderator - The General @ 420 MAGAZINE ®
Source: Huffingtonpost.com
Author: David Dietz
Contact: Contact us
Website: If We Can't Smoke It, at Least Grow It: The 4/20 Case for Hemp-|-David Dietz
B

What an amazing plant. I had no idea it was so vital to the earth and so beneficial to the economy. Why the government isn't chomping at the bit to get a piece of this, I can't understand. I hope that articles such as this can help sway the closed minded individuals that still believe hemp is evil!

Can Hemp Help the Environment, or is it Just Marijuana?

The Case For Hemp

K
Hemp Is Eco-Friendly - So Why Won't The Government Let Farmers Grow It?