The Illinois Senate has helped move state farmers one step closer to a return to production of industrial hemp, unanimously approving legislation sponsored by Sen. Toi Hutchinson, whose district includes parts of Kankakee, Will, Grundy and Cook counties.

Hemp was a key American farm crop, primarily its fiber to produce rope and cloth, from the founding of the nation until it was banned in the 20th century war on marijuana.

Its production was legalized during World War II, after the war in the Pacific cut off supplies of jute and other fiber plants for production of rope and other products vital to the war effort. It was banned again in 1957.

The legislation, Senate Bill 1294, now goes to the House, where approval is expected, the Illinois Stewardship Alliance, an agricultural group, announced Monday.

It would allow the Illinois Department of Agriculture to license farmers to grow industrial hemp as authorized under the 2014 Federal Farm Bill.

In the 1940s, Illinois was a top producer of hemp, the Stewardship Alliance noted. Farmer Chad Wallace, of Oak Tree Farms in Asheville, said: "A lot of people, including my grandparents, used to grow hemp back in the day. We still have it coming up wild on my farm sometimes. I'm very interested in the possibility of using hemp to help naturally transition some of my farmland to organic production in the future, while still earning income for a cash crop."

In addition to requiring manufacturers of hemp clothing and other products to import hemp supplies, the ban has kept the U.S. out of the world's substantial hemp export market, which is dominated by China.

Neighboring Kentucky enrolled more than 135 farms and 40 processors in its state hemp program in 2016, and it already is possible to purchase hemp products grown and processed in Kentucky, the Alliance noted.

"This legislation gives Illinois farmers the freedom to try growing a crop that's good for their bottom line and can keep our waterways cleaner," said Liz Moran Stelk, the alliance's executive director. "It's a win-win-win for farmers, our state and our economy." 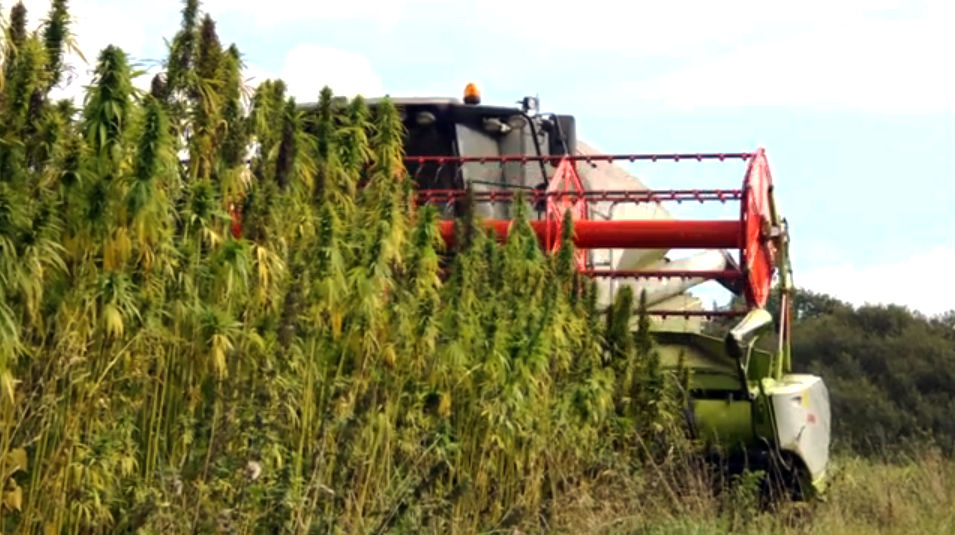