Freeport - Freeport may be known as Pretzel City USA, but some local munchies vendors are hesitant to supply pretzels - or potato chips and popcorn - to medical marijuana farmer Larry Kiest.

Stephenson County Board Chairman Bill Hadley suggested Mrs. Mike's Potato Chips, 70 E. Monterey St., about a month ago when he and Kiest talked about finding someone to supply pretzels to In Grown Farms LLC for medical marijuana edibles.

"They are excellent pretzels. They are a lot better than the others," said Butch Mordick, Mrs. Mike's owner, of the pretzels he ships from Pennsylvania and sells with the Freeport Pretzel Co. logo. "(But) I truly wouldn't be interested. It might not look favorable for our company to be involved with something like that."

Freeport is known as Pretzel City USA because of a 19th century pretzel maker, Billerbeck Bakery. Two of three local munchies vendors contacted said they're against supplying their products to Kiest, leaving him to conclude his staff will make the medicinal pretzels, perhaps coated in cannabis-infused chocolate. He may start experimenting this winter.

The Illinois Department of Public Health has approved 10,033 qualifying patients, including 74 younger than 18 years old, according to the Medical Cannabis Pilot Program.

"I'm just looking for unique products," Kiest said. "The patient would get a healthy product with the medicine."
Kiest is growing, testing, packaging and cooking medical marijuana out of an approximately 3,000-square-foot facility. He has another 80,000-square-foot facility waiting to grow more but first he needs greater patient demand.

In Grown Farms is the sole occupant of the county's Mill Race Crossing Industrial Park, and Hadley said he would like to see the new business, which received a certificate to grow in July 2015, prosper.

"A lot of people don't realize this, but this is a new way of medicine to help people ... that really need the help," he said "The plus side of this is it's a way of helping people out. It looks good when he buys from local people."

"I don't think it would fit with our business mission here as a company," said David Bull, vice president of operations for the Freeport division of the Chicago-based company. "That would require considerable involvement from our executive decision makers ... before we would ever consider even doing something along those lines."

Roscoe resident Anne Lapierrre-Paiva hopes Kiests follows through with cannabis-infused snacks. Doctors diagnosed her husband Tony with recurring lymphoma in December. Since then, he has lost about 20 pounds because of treatments and a lack of appetite, she said.

They're considering talking to a physician so he can qualify as a medical marijuana patient.
Puddings and ice creams are his favorite snacks.

"I'm hoping he gets some strength up," Lapierre-Paiva said. "I'd love to say he would be a pretzel eater. But no, I would be." 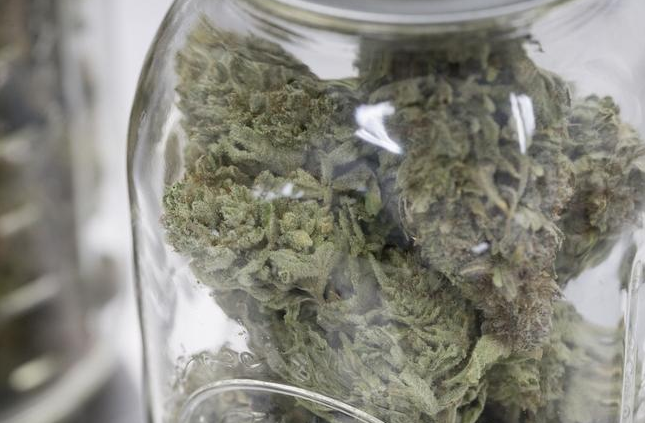