IL: Man Turned Away From Metro East Bank For Medical Marijuana Use

Granite City, Ill. - A Metro East man said he was refused service from his bank because he's a legal medical marijuana user.

Darren Steven Miller was one of the first patients in the Metro East to obtain a card allowing him to legally buy medical marijuana under the state's program. He has stage three Multiple Sclerosis (MS) and terminal lung cancer.

"I'm a legal patient of Illinois and have my right from my doctors and what I've been through to get access to this legal medicine," Miller said.

However, on Monday, he said he was stopped by the manager at the Bank of Edwardsville in Granite City.

"When I walked in the bank, he pulled me aside and said because of my cannabis use that I could not have a signature card with their bank," Miller said.

Right now there are about 12,000 people just like Miller who have state approval to buy medical marijuana at one of the 46 dispensaries around the state of Illinois.

"Are they going to check every other person at the bank to see if they're a legal cannabis patient and stop doing business with them also?" Miller questioned.

A spokesperson for the bank issued a statement saying the problem was that Miller listed his occupation as a marijuana activist.

The bank passed a resolution in 2015 saying that as a, "federally-regulated institution, and because of the disconnect between federal and state law and regulatory requirements, the bank will not engage in banking relationships with the medical marijuana industry at this time," said Bill Yarbrough, the bank's spokesperson.

However, Miller doesn't work in the marijuana industry. The checking account was for his role as a treasurer at the Masonic Lodge in Granite City.

The bank refused to clarify why this resolution would apply to a bank account for a 501(c)(3) that has nothing to do with funds from the marijuana industry. 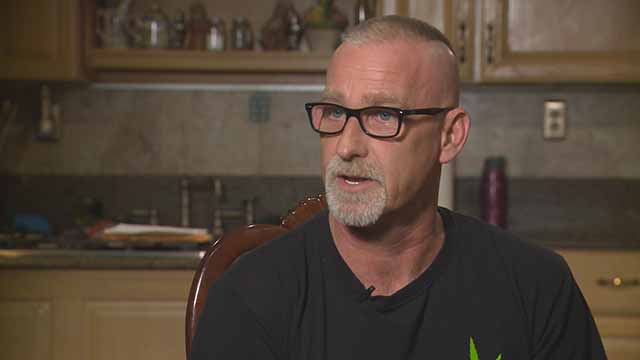