"There are a lot of options for treatment - it isn't just smoking a joint," said Cat Stewart from Chicago-based Cresco Labs, a medical marijuana cultivator and processor. "A lot of people are used to taking a pill. We can extract the ingredients from the plant and place them in capsules so the patient receives the correct dosage."

Seniors at the meeting were interested in learning more about marijuana's medical benefits.

""I think it is a terrific alternative to prescription medication if people use it the right way," said Anita Zapata, 75.

The Aurora woman was surprised to learn osteoporosis, neuropathy and general pain were not qualifying medical conditions for medical marijuana under the program.

"This is all so new, we'll have to wait to see what happens," she said.

"Two and a half weeks later he was off all pain medications. He is now drug free and no longer in need of medical cannabis," she said.

She said one of the benefits of medical marijuana is that "natural products are easier for the body to metabolize."

However, "medical cannabis is not for everybody and it doesn't mean you have to use it indefinitely," she said.

Stewart said a big part of the job now "is to educate and break down the fears and barriers people associate with cannabis that is preventing them from exploring other health care options."

She said an estimated 10,000 patients are enrolled in Illinois' medical marijuana pilot program that has been extended to 2020. She said there are roughly 40 medical conditions covered under the program, such as cancer, fibromyalgia, Parkinson's disease and rheumatoid arthritis.

Sulemanjee Bortocek said patients need to consult with a physician and obtain a doctor's written certification to verify they have one of the qualifying conditions. After completing an application, which includes getting a background check, patients need to select a dispensary and have a consultation. She said insurance does not cover medical marijuana.

She said medicinal marijuana is available in a variety of forms including vapor and in items you can eat. She said patients need to start slow in the program, space out dosage, don't mix with alcohol and consult with a physician regularly when taking other medications.

She said the program is monitored in a "seed to sale" method to trace the product from the dispensary to the patient.

"If there ever needs to be a recall, it can be done quickly. The state did smart things with the law and this is one of them," Sulemanjee Bortocek said.

She said patients receive allotments of 2.5 ounces in a 14-day period unless it is increased by the doctor.

"This is a controlled system," she said.

Stewart said marijuana grown for recreational purposes is selectively bred to have higher levels of a chemical in the plant known as tetrahydrocannabinol - or THC - that gives people the feeling of getting high. However, marijuana grown for medical purposes is developed with low levels of THC and a different chemical called cannabidiol - or CBD - that doesn't get people high, she said.

Oswego Senior Center Executive Director Sandy Pastore said it is important for seniors to learn the facts about medical marijuana.

"The more knowledge seniors have the better," Pastore said. 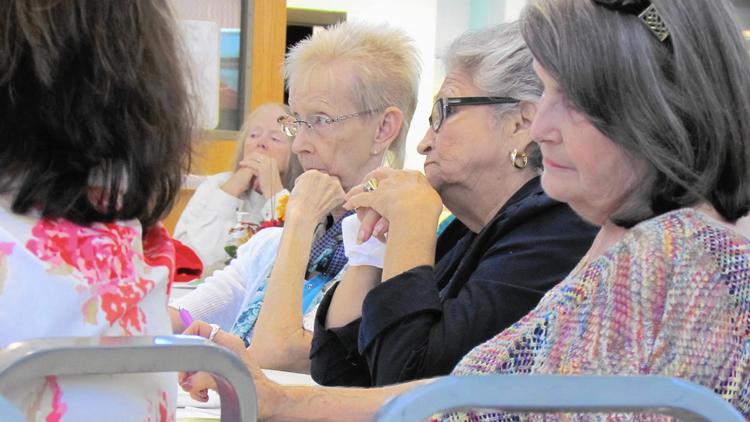