Chicago - In the world of medical marijuana entrepreneurs in Illinois, there's plenty of green behind the grass.

Hundreds of would-be medical marijuana growers and sellers have put millions of dollars on the line hoping for coveted state permits that were supposed to issued by former Gov. Pat Quinn by the end of last year.

To snag those valuable permits, the entrepreneurs hired consultants, lawyers and lobbyists.

They're already paying rent, in some cases, or have money tied up in options to buy property.

And now, they wait. And with millions of dollars on the line, waiting can get expensive.

Nobody is sure what he's going to do, and Rauner has given few hints.

A spokesman, Lance Trover, said in a statement: Rauner "has serious concerns about the law and how licenses were chosen. However, he is committed to a quick and thorough review of the program, in the hopes of bringing clarity to the many concerned families across the state."

The new governor has said among his chief concerns are the clouted people that may be awarded licenses.

Politically, issuing the licenses may not appeal to the anti-drug element of his party. Still, some Republicans have come out in favor of the program, hoping for jobs in their rural communities. Even some La Salle Street bankers have shown an interest in cashing in on the legal marijuana business.

In October, U.S. Attorney Zach Fardon was quizzed by finance attorney Richard Demarest Yant, who wanted to know if Chicago banks have the all-clear to accept funds from legal marijuana businesses.

Applicants are so fearful of offending Rauner that they are reluctant to go on the record about their concerns, but chief among them is the rising tide of costs with nothing to show for it.

'The longer it takes, the more money they're having to burn through without any guarantee they're going to get a permit or see a return on their investment," said Kris Krane, a managing partner of 4Front Advisors, a marijuana consulting firm.

Krane, who is working with several applicants in Illinois, declined to speak about specific applicants.

But one of the people Krane works with is strip club and trucking firm owner Perry Mandera, who hopes to grow and sell medical marijuana in Chicago. Mandera has said he's invested $10 million just into the cultivation center on the city's Southeast Side.

Even for smaller players, the costs add up, records show.

For example, Organic Leaf Medical Dispensaries, which seeks to open a dispensary in the Ukrainian Village neighborhood, had by November shelled out nearly $300,000 to lawyers, lobbyists, consultants and an architect, according to City of Chicago records obtained through the Freedom of Information Act.

The doesn't include application fees.

So far, the state's collected $5 million in fees from the more than 350 applications submitted.

An owner of Organic Leaf, Iman Bambooyani, said the group is paying rent and utilities at their proposed site at 744 N. Damen. The group also applied for three other dispensary licenses, Bambooyani said.

"I'm just hoping for the best," he said.

Other applicants have said they have options to rent or buy properties contingent on getting the state license.

And when those expire, applicants have to re-up and pay up or lose the carefully selected property, some said.

"These businesses have put in a tremendous amount of investment just to get to the point of applying for licenses, and when the process breaks down like this, that leaves them stuck with the bill and nothing to show for it," said Taylor West, deputy director of the National Cannabis Industry Association.

"Everybody is pretty concerned," Gullickson said. "They've spent a lot of time, money and resources on these applications."

Those costs will eventually fall on patients, said Rep. Lou Lang, the Skokie Democrat who sponsored the medical marijuana legislation.

"All of that may add to the price [of the marijuana] when the patients buy it," Lang said. "Businessmen don't want to lose money. It's not good for patients for this to extend much longer."

Lang said members of the Rauner administration have met with Quinn holdovers to discuss the program. For now, Rauner is keeping Bob Morgan, the state's medical marijuana czar, on board.

"Far be it from me to offer the new governor political advice, but if he asked, I would tell him it's in the best political interest to just move the process along," Lang said. "These are very sick people that need this product."

Industry insiders say patients will continue to suffer until the issue is resolved.

"It is absurd that a program that was approved and began to be designed more than a year ago and should be right now providing serious relief for critically ill patients is instead hung up in some kind of bureaucratic or political wrangling," West said. 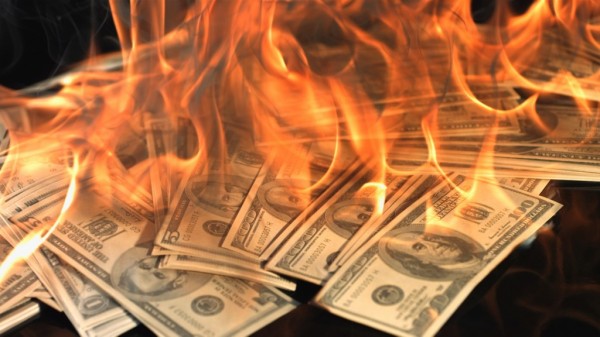