Farmers in Illinois are one step closer to being allowed to grow industrial hemp. A bill sponsored by Sen. Toi Hutchinson, D-Olympia Fields, passed unanimously in the Senate this month and now goes to the House.

While the state currently allows universities offering four-year agricultural science degrees to grow hemp, this new legislation would expand that to all farmers.

According to the Illinois Stewardship Alliance, there are at least 25,000 different products that could be made from hemp, ranging from plastic alternatives, to food, cosmetics, rope and clothing.

Rebecca Osland, policy associate at the alliance, said the opportunity for Illinois farmers to grow hemp will promote economic growth.

"I think from a broad perspective there's opportunity to create more jobs," Osland said. "We've gotten estimates now that the production of fiber products could create somewhere from 50 to 100 jobs. These would be well-paid jobs, not minimum wage, more in the range of $50,000 or so a year."

In addition to being a critical component in various products, Osland said hemp has other uses that could benefit Illinois farmers.

"From the farming side of things, it would allow our farmers to have other crops for rotation, and it's a much less chemically intensive crop. It has the potential to remediate the soil by drawing out toxins," she said. "It's also a good option for farmers to transition to organic to help get the soil prepared for that conversion. Hemp could potentially out-compete with super-weeds that have become herbicide resistant. It would be a way for farmers to combat that really problematic issue without (using) harsher chemicals."

According to Osland, China, Canada and Europe are the biggest importers of hemp to the United States.

Kentucky already has a similar law that allows its farmers to grow and sell hemp. Kentucky has enrolled more than 135 farms and 40 processors in its state hemp program that started in 2016.

There are at least 30 other states with laws related to industrial hemp, according to the National Council of State Legislatures.

Rob Davies, marketing director for the Illinois Farmers Union, agreed with Osland that allowing Illinois farmers to grow the plant could make the state a market leader in industrial hemp production.

"It would make sense from a farmer's perspective to have an alternative commodity that we can grow which is very useful," Davies said. "Whether it's for nutritional purposes, for fiber purposes, manufacturing, there's over 20,000 uses for industrial hemp. What we're hoping, it's something that we can start here and be at the forefront of turning it into an industry."

According to Davies, one of the biggest misconceptions with hemp is that it's similar to marijuana.

Hemp differs from marijuana because it has a low THC content. THC is the psychoactive property in the plant that creates the high in marijuana users.

Davies said it's important for people to recognize that hemp is not a drug.

"One of the most important things that we need to do is make people and farmers understand that what we're suggesting with industrial hemp has nothing to do with cannabis or marijuana," he said. "It's a multipurpose commodity that we're presently importing in enormous quantities into our own country to do jobs that we can take care of ourselves." 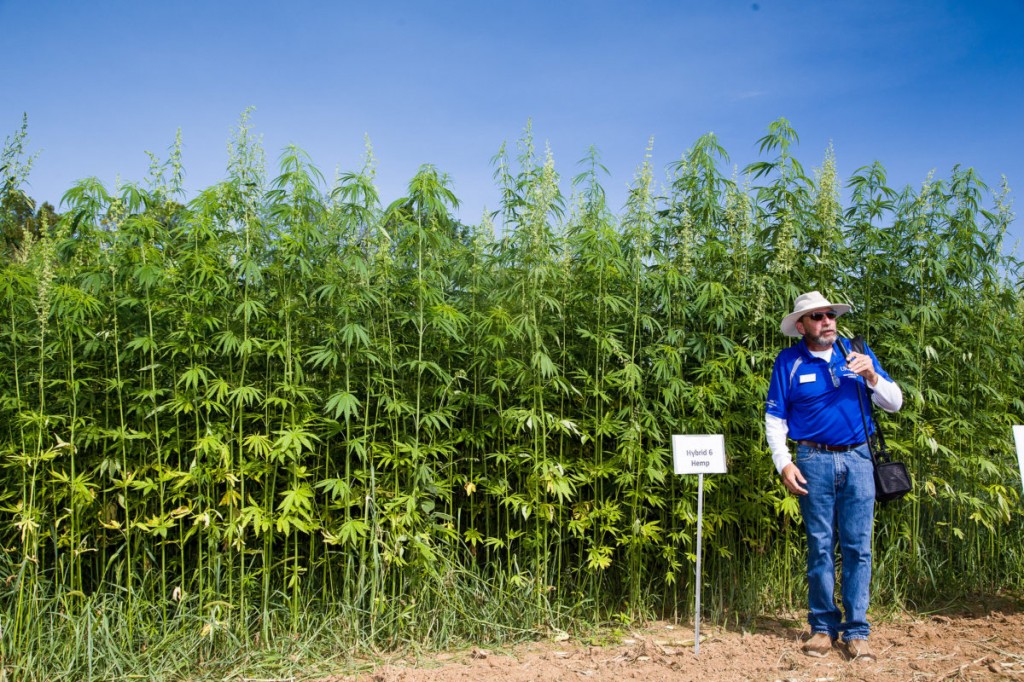 Ill. Farmers May Be Allowed to Grow Hemp