More than 2,000 people registered for Illinois medical marijuana identification cards in the first three days of applications, dwarfing the number the program's administrators had envisioned, the state announced Friday. Authorities began taking electronic applications Tuesday from patients whose last names start with letters A through L, with those people able to register through Oct. 31. Officials had expected just a few hundred applications in the opening days, the Illinois Department of Public Health said without specifying the number of applicants.

"This is a promising sign that the program is on track to fulfill its key purpose – alleviating the pain and suffering for thousands of Illinoisans," said Bob Morgan, the chief of the state's medical cannabis pilot program. Others can apply in November and December, and any patients and caregivers can apply starting next year. Patients must have a written certification from a doctor and get a background check, then pay $100 a year to apply for a medical marijuana card. Disabled people and veterans will pay $50 annually.

Melaney Arnold, a spokeswoman for the state health department, said that while the registrations in the application period's infancy are "obviously higher" than forecast, "it's not something we can't handle." "The system is working well," she said, noting that demand for the program should become clearer in about a month. "It's always difficult to speculate and estimate how many are going to apply. Hundreds of thousands (of Illinoisans) are eligible for medical cannabis cards with debilitating conditions."

A state law enacted last year authorized a four-year pilot project that will expire in 2017, but so far, not a single marijuana seed has been planted. State officials have said the first products may be sold next year. The state will begin to accept applications on Monday from aspiring cultivation centers and dispensaries vying for one of a limited number of permits. When the harvest begins, patients will be able to buy up to 2.5 ounces of marijuana in a two-week period from a state-authorized dispensary. They must be diagnosed with one of the qualifying medical conditions listed in the Illinois law. Those conditions include cancer, glaucoma, HIV, hepatitis C and dozens of other health problems. 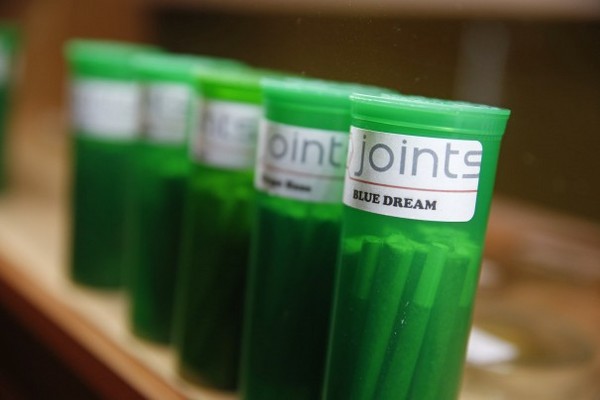