The clock is ticking on Illinois' medical marijuana pilot program, which was set in motion Jan. 1, 2014, and is meant to run for four years. But a year into the program it has yet to get underway: A series of lawsuits alleging that state regulators mishandled the issuing of licenses to marijuana dispensaries and growers has delayed the rollout.

Lawmakers say they're getting concerned that the deferral could cost businesses money and keep medical patients from obtaining marijuana. A Wednesday hearing was scheduled in Chicago to lift a temporary restraining order barring one marijuana grower from obtaining its license, according to the Associated Press.

"The litigation stretches out the process, and in the end hurts patients, so I hope it resolves quickly," state Rep. Lou Lang, who drafted the law that legalized medical cannabis in 2013, told the Chicago Tribune. Lang recently introduced a bill to reset the program's clock to start again after dispensaries receive final approval, which is expected to happen by this summer.

Illinois became the 20th U.S. state to legalize marijuana for medical purposes. However the law, signed by former Illinois Gov. Pat Quinn on Aug. 1, 2013, was criticized by some as being too narrow. Unlike other states with legal weed, patients in Illinois aren't allowed to grow their own cannabis plants.

The state's medical marijuana law allows patients to buy up to 2.5 ounces of pot every two weeks. The state will impose a 1 percent tax on such purchases, the same rate as pharmaceuticals. Growers and dispensaries will pay a 7 percent tax. The law allows the state to license up to 60 pot shops and 22 cannabis-growing facilities.

There are about three dozen medical conditions that qualify for marijuana drug prescriptions. They include cancer, glaucoma, HIV/AIDS, hepatitis C and Alzheimer's disease. About 18,400 Illinois residents have registered to obtain marijuana prescriptions since the Illinois Department of Public Health began accepting applications in September, according to the governor's office. About 1,600 patients have been approved so far.

Illinois' marijuana pilot program has been dogged by two lawsuits. In February, a marijuana business that lost its bid for a growing license sued the state, alleging that the company that did receive the license shouldn't have, given its status as a nonprofit organization that receives federal assistance.

A separate lawsuit was filed last month claiming that the state chose permit recipients in secret and may have allowed certain applicants to influence its decision. Cresco Labs, listed as the defendant in the lawsuit, had its license temporarily halted as the case goes to court. 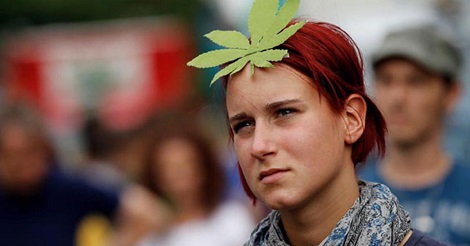