The state's first medical marijuana law officially takes effect today, but people with cancer, multiple sclerosis and other diseases will have to wait another year or longer before they can use the drug to ease their pain. Illinois officials are working through the details of how to implement the four-year pilot program, trying to decide everything from who will be allowed to grow and sell marijuana to what kind of relationship a patient has to have with a doctor to be allowed to use it.

Without approved growers and sellers, getting marijuana for medical purposes remains illegal, despite the law becoming effective today. "We do want to make sure we are being responsible," said Melaney Arnold, spokeswoman for the Illinois Department of Public Health. A December statement from the Illinois Department of Financial and Professional Regulation says rules could be finished by late 2014, but Arnold said she doesn't want to make predictions because the state could get done either faster or slower.

Even if the state starts regulating growers and sellers at the end of the year, marijuana might not be available immediately. Medical marijuana sold in Illinois must be grown in Illinois, and setting up infrastructure could take time. Medical marijuana advocates predict it will be spring 2015 before patients can be allowed to use the drug. Dan Linn, executive director of Illinois NORML, said that can frustrate people who have been hoping to use marijuana legally. "Especially when you're talking about cancer patients who are struggling to survive," Linn said.

Lawmakers approved the medical marijuana law in the spring, with supporters saying it includes the toughest regulations in the country. For years, the idea faced fierce opposition in Illinois, so winning narrow approval in 2013 meant putting major caveats in the new law. Part of those controls included making the law expire after four years unless lawmakers act to extend it, all but ensuring the issue will be a political question in Illinois again soon. The clock starts running today on that four years, not when the program gets up and running.

The law says Illinois can have 22 approved growers statewide and 60 dispensaries. In addition, people who want to use the drug must have one of a few dozen specific diseases, and approval of marijuana use must come from a doctor with whom the patient has a prior relationship. Establishing that relationship, Linn says, is one thing Illinoisans can do now to be ready when sellers are approved. However, Arnold said, how the state will define an acceptable previous relationship hasn't yet been decided.

In fact, the state several weeks ago warned people should use "extreme caution" when visiting clinics set up to help people get approval to use marijuana before the state sets rules. "Unlike some states, Illinois law does not allow for 'medical cannabis clinics' or practices that exist solely to offer cannabis certifications," Illinois Department of Financial and Professional Regulation Acting Secretary Manuel Flores said. "We want to make sure that patients who would truly benefit from the relief of medical cannabis are not misled and physicians are not violating the law." In the meantime, Illinois has created a website to put information out about progress with the new law, called the Medical Cannabis Pilot Program. The website now features a warning for people to be patient. "Members of the public should be aware that full implementation of MCPP will take time," it reads. 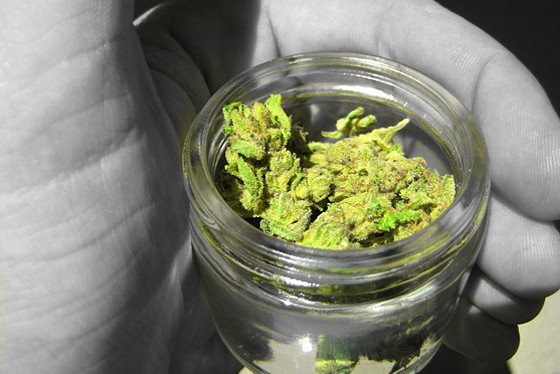