One of this region's only – perhaps its only – doctor willing to certify patients in the state's medical marijuana program is facing sanctions from the licensing arm of the state.

Some say the case against a longtime emergency room doctor, who has set up two clinics in Illinois largely seeing patients seeking medical cannabis, represents a dichotomy in a state that approved a medical marijuana pilot program while also making life difficult for some medical professionals helping patients get access.

The state says Dr. Bodo Schneider charged applicants a fee for pre-certification for medical marijuana without establishing a legitimate physician-patient relationship, and for visits where he did not conduct a physical examination.

A pre-hearing before the Illinois Department of Financial & Professional Regulation related to the complaints against Schneider took place Tuesday morning in Chicago. The pre-hearing was largely procedural in nature, and was continued to Feb. 5, agency spokesman Terry Horstman said.

The state argues that the acts he's accused of are grounds for revocation or suspension of his medical license in Illinois. Schneider has hired an attorney to defend him against the state, and argues he has done nothing wrong, and followed the state's rules in establishing patient relationships with the hundreds of sufferers who have sought his help.

While Schneider acknowledged he has undoubtedly earned a reputation in this area as the region's doctor that is friendly toward medical marijuana, he also said that he continues to believe in and prescribe traditional medicine for many ailments.

Medical marijuana is a viable option for some, he said, such as those living with chronic pain, cancer, late-stage HIV or AIDs and other debilitating conditions where it has shown to have benefits in reviving an appetite and/or bringing pain relief and comfort to the suffering without some of the harsh side effects associated with many traditional medications.

"I don't like the term 'pot doc,' but at the same time I recognize it. It is what it is, and we are sympathetic to the cause, and it's an extremely beneficial medicine for a limited population," Schneider said in an interview with the newspaper Monday evening. "It's not a tool we should ignore."

'Not Trying To Get High'

Schneider said he's seen proof of the power of marijuana in helping people with certain ailments, but noted that the political climate and stereotypes make it difficult for people to access its benefits. He's been the medical director of a similar clinic in Ann Arbor, Michigan, for about six years, he said. "They're not trying to get high," he said of patients. "They're not out for fun and games. They're looking for relief."

It was in September 2013 that Pied Pfeifer Compassionate Care, where Schneider is the medical director, opened up at 8386 Old Route 13 in Marion. The opening date came four months before the effective date of the state's Compassionate Use of Medical Cannabis Pilot Program Act, which was Jan. 1, 2014.

The program has rolled out at a frustratingly slow speed for patients hoping to access medical marijuana and those involved in the business of distribution from the approved growers to the dispensary operators, and a small number of doctors such as Schneider whose clinics almost entirely revolve around the program.

Since opening in Marion, Schneider said he's taken on more than 1,000 patients between the clinic in Southern Illinois and a similar one he opened in the southwest Chicago suburb of Orland Park in December of that year.

Doctors do not write prescriptions for medical marijuana, which remains outlawed at the federal level, but a doctor certification of a qualifying condition spelled out in the law is among requirements by the state for a person to obtain the registry identification card necessary to access medical marijuana at an approved dispensary.

The vast majority of Schneider's patients have come to him seeking that certification, after having been denied that service by their regular doctors.

Representatives of various medical groups in this area that have decided not to allow their physicians to certify patients cite legal vulnerability as the reason, saying legal protection against physicians and their employers who participate is uncertain.

Schneider thinks that argument is weak, as he says the state has taken on that legal liability by issuing the registry ID cards, and thought he had found a good opportunity to fill a gap in services in the face of others' legal fears. Schneider, who was raised about an hour northwest of Marion in Steeleville, where his father was a physician, said he thought Marion was a good location for his clinic because of its access to the interstate. Patients have traveled for several hours as far away as central Illinois to visit him, he said.

"We felt we could make money and I could stop doing the ER and sleep at night and not have people throwing up on my shoes and bleeding on me, and have more of a normal life," Schneider said of his business plan. "It hasn't quite turned out that way. It's been very difficult."

Problems he's faced include the slow rollout of the program, overhead costs at three clinics outpacing profits, and now the complaint he's facing that was filed by the state on June 29.

According to the state's complaint, Schneider only accepts cash payment, and charges $80 for a medical interview intake conducted by his staff, and without him present. New patients are then required to pay $180 for the second evaluation, during which time Schneider is present, reviews medical records, and conducts a physical examination. Patients seeking certification for the medical marijuana ID were then charged $45 for a third visit, during which time Schneider met with patients to complete the required paperwork.

Schneider or his employees then mailed that paperwork to the program's overseeing agency, the Illinois Department of Public Health. These three visits would take place over the course of 90 days. Schneider verified that is what he charges, but said he believes he is acting within the rules given to him by IDPH for establishing a "bona fide physician-patient relationship" as required by law.

The medical marijuana pilot program enabling act states that the relationship can only be established after a physician has completed an assessment of the qualifying patient's medical history, reviewed relevant records related to the patient's debilitation condition, and conducted a physical examination."

The 90-day mark was a rule Schneider said IDPH provided to him about how long it takes to establish that relationship, as that was not specified by the legislation.

Carla Allen, of Carbondale, said she doesn't understand why it seems the state is picking on Schneider. She would have been perfectly satisfied to obtain the certification from her longtime doctor at Shawnee Health Center's Murphysboro clinic, but said her doctor informed her she was not allowed by direction of her employer to certify patients for the program.

Allen, who said she suffers from severe fibromyalgia, a qualifying condition for Illinois's program, said her doctor also told her she was not allowed to give an opinion on whether medical marijuana would be right for her, but encouraged her to do her own research.

Allen said she discovered the Pied Pfeifer clinic and Dr. Schneider by doing a google search for marijuana friendly doctors. Pied Pfeifer's Facebook page states that it is "sympathetic toward medical cannabis." According to Schneider, some of the area doctors not allowed to participate are referring patients to him in Marion.

Allen, who turned 60 on Thanksgiving Day, said Social Security disability is her primary source of income. Her husband works, but is presently on disability leave due to an injury. But Allen said she's desperate to try medical marijuana because the pain medication she's been taking for the fibromyalgia and chronic neck pain caused by a 1979 vehicle accident and exasperated by a slip off some pool steps years ago, leaves her feeling groggy and disengaged from life. Scraping together the money was worth it, she said.

"I just want something that may not hurt me in the long run, I won't be addicted to or dependent upon and that will allow me to get some kind of life back," she said. Allen said she felt confident in Dr. Schneider's examination, and found the staff in his office helpful and kind. Her paperwork was sent off about two months ago, but she hasn't yet received her registry ID card.

'Don't Just Take It Away'

Allen said she's nervous the state won't act on it because of the complaints issued by the state against her doctor. It was a big deal to save the money to see Dr. Schneider, she said, which in addition to the $100 state application fee and money she had to pay for a fingerprint background check, cost her more than $400.

"If the state is going to take this opportunity away from Southern Illinois, give us another option," she said, noting how difficult it is to find a doctor willing to participate. "Don't just take it (Schneider's clinic) away and leave us with nothing as usual. We get ignored enough in Southern Illinois as it is. Don't ignore this. This is important to some people."

At this point, Dr. Schneider's license is still listed as active by the state of Illinois. He continues to practice in Marion and Orland Park.

Schneider, who graduated from the SIU School of Medicine in 1981, has been disciplined three times – once in Illinois and twice in Florida – all related to the same incident. Schneider was reprimanded in 2002 for what the state said was failure to treat a diabetic patient in a timely manner. The patient died, though records state that the delay in treatment did not result in the death. Schneider said he was the medical doctor at the time for the Jefferson County Jail.

He said he did not agree with the ruling, but also didn't expect it to have much bearing on his future career. A traveling emergency room doctor, Schneider later applied for a license in Florida. In filling out his paperwork, he checked that he had not previously been disciplined. When the prior Illinois reprimand was brought to Florida's attention, he was disciplined again for the omission, and fined $5,000.

His license in Florida was later revoked for failure to pay the fine. In Illinois, he was fined $3,000 in 2008 for failure to timely report the Florida disciplinary actions in his home state. 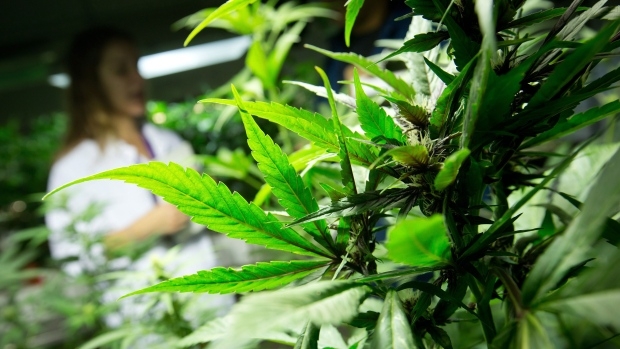