During 10 years as an administrator in the home health care industry, Irina Zhukovsky began getting what she thought were unusual requests.

Many of her patients, some of them very sick, started asking if she could get them marijuana.

"I was shocked at first," she said.

But after research into medical marijuana, its uses and what it could do for sick patients in pain, she was convinced enough to want to get involved in the burgeoning medical marijuana industry in Illinois. Now she has partnered with Dmitrey Stebley, a former practicing doctor who was convinced of marijuana's medical benefits after his wife used it battling breast cancer, and another partner who has experience with facilities in Seattle.

They are set to open HealthWay Services of West Illinois, a dispensary at 3714 Illinois Ave. in St. Charles, perhaps as early as the first week of January. A few days ago, dispensary officials held an open house and a ribbon cutting with members of the St. Charles Chamber of Commerce.

Business and political officials in the city said they welcome the dispensary.

Stellato said there have "been no concerns" he is aware of brought to the city about the facility. Because it's opening in an industrial zone, and is a permitted use, it never came to the City Council for a vote.

Healthway Services would be the second dispensary to open in the Fox Valley. PharmaCannis opened a dispensary on Route 31 in North Aurora in early November.

Unlike PharmaCannis, Healthway Services does not have its own cultivation center. Stebley said it has a relationship with two cultivation centers in central Illinois for its product, and will have that product available when it opens.

Healthway Services also got the benefit of experience from Real Restoration, a Chicago-based restoration and construction company, which designed and built the St. Charles facility.

Morris Gershengorin, Real Restoration founder and CEO, consulted on the construction of medical marijuana cultivation centers and dispensaries in Colorado. Company officials have said they were able to make sure local and state codes were met, as well as design standards and security requirements.

Amid the celebration recently, both Stebley and Zhukovsky admitted they are excited and nervous about the upcoming opening.

"For me, it's been a two-year road," Stebley said. 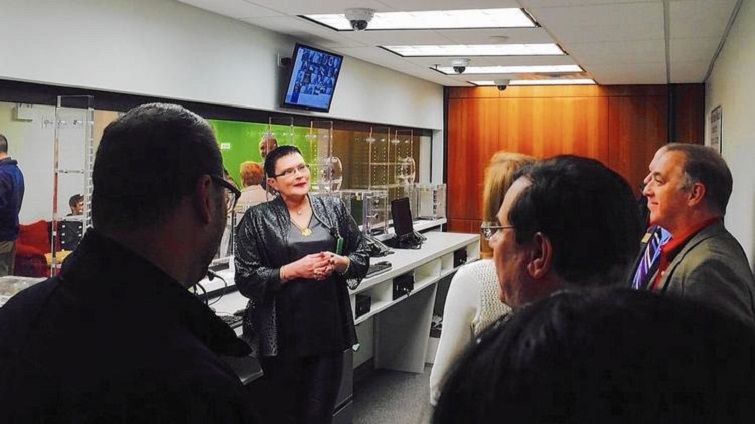