The first patients have been approved to receive medical marijuana in Illinois, officials said Tuesday, though the legal product won't be available until spring at the earliest. The Illinois Department of Public Health started issuing letters last week notifying applicants if they were approved to buy medical cannabis, spokeswoman Melaney Arnold said. The actual permits have yet to be delivered.

Jim Champion, a veteran with multiple sclerosis from Somonauk who lobbied to get the medical pot law passed, said he got his letter Saturday, after being first in the state to apply on Sept. 2. "I was shocked that it came so fast," he said. "It's a good sign. I did think there's a lot of hoops you've got to jump through, but after I went through it, it was very easy. "At one point, I thought we'd never pass it in Illinois," he added. "We've come a long way." The law allows the drug for people with one of about three dozen specified medical conditions, including cancer, Parkinson's disease and Tourette's syndrome. Patients must submit fingerprints to pass a criminal background check and get a recommendation from their treating physician.

Paul Bachmann, president and co-founder of Americans for Disabled Americans in Plano, said he has constant pain from fibromyalgia and regional pain syndrome, but his doctor would not approve his use of marijuana, so he's trying to get another doctor to recommend him. "It's been a tougher journey than I thought it would be," he said. As of Tuesday, the state had sent out about a dozen letters with official approval of registered qualifying patients, and no rejection letters, Arnold said. The state will issue identification cards sometime before medical cannabis is available for purchase next year, she said. 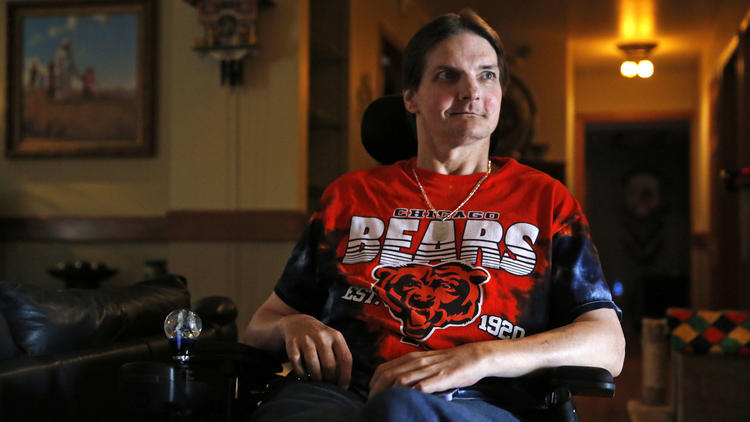