When state lawmakers passed HEA 1148 in this year's General Assembly session, the use of cannabidiol, or CBD, in Indiana didn't exactly become legal – but its possession was no longer a crime for certain individuals.

"The bill doesn't address the legalization of any substance," says Rep. Bill Friend, (R-Macy), who authored the legislation. "It only provides immunity from prosecution for the patients of resistant epilepsy and their families and caregivers and the physicians who prescribe it."

HEA 1148 also required the Indiana State Department of Health (ISDH) to create a registry of patients prescribed CBD and the caregivers responsible for administering it. According to Friend, ISDH just recently finished establishing the registry. The Indiana State Police is also working with the health department on the use of the registry for referencing.

However, the legislation did not offer any clarification as to where and how CBD, which is typically found in oil form, could be purchased. CBD isn't something that is approved and regulated by the U.S. Food and Drug Administration. CBD isn't produced by big pharmaceutical companies like Eli Lilly, Pfizer or GlaxoSmithKline. It's considered an herbal remedy.

In states where medicinal marijuana is legal, CBD is readily available at dispensaries where other approved cannabis products are sold. However in Indiana, medical marijuana isn't legal. But industrial hemp products – products that contain less than 0.3 percent THC – are legal. CBD is an industrial hemp product, however the government label of all cannabis regardless of THC levels and the stigma around the plant – and as a result CBD – has been the cause of confusion over understanding the differences for decades.

The confusion over CBD and access to it came to the forefront last week when the Indiana State Excise Police conducted a raid of a Southside Fresh Thyme store, clearing the shelves of its inventory of CBD oil. The grocery chain is known for selling a wide variety of herbal supplements and remedies in addition to its selection of fresh produce and grocery items. Fresh Thyme and other stores like it (Whole Foods, The Fresh Market, etc.) are known to carry industrial hemp products like lotions, soaps and several edible items made from the hearts of hemp seeds.

When NUVO asked the Excise Police about the Fresh Thyme raid, the laws used to justify the action and the law enforcement agency's understanding of the HEA 1148 as it relates to the sale and distribution of CBD, Public Information Officer Heather Lynch stated that most of the questions asked required legal analysis. However Lynch did say that while CBD hadn't been high on the radar for excise police, other cannabis-related products have been confiscated.

"The Indiana State Excise Police have taken similar action against some tobacco stores; but, for different product configurations (gummies and vape oil) than were confiscated from the Fresh Thyme stores," said Lynch.

Friend also began to hear from constituents following the Fresh Thyme incident and followed up on the results of his legislation. He also spoke with Governor Holcomb and representatives from the Indiana Alcohol and Tobacco Commission (ATC). The State Excise Police is the law enforcement division of the ATC. The end result is expected to be a positive reaffirmation of state law.

"I expect the ATC to put out a directives statement soon," says Friend. "Products with 0.3 percent or less THC can remain on the shelves and is legal and marketable."

Lynch confirmed that the ATC is working on a statement, but couldn't confirm the content of the statement, which had not been released before NUVO went to press.

The laws regarding industrial hemp products is not related to Friend's legislation regarding CBD and resistant epilepsy. ISDH will continue forward on the registry for resistant epilepsy patients and caregivers. But the clarification of the law opens the doors for more people.

"With a THC level 0.3 percent or lower, it would be available to anyone and without a registry," says Friend.

Since the passage of HEA 1148, Friend says he has been contacted by several people regarding the use of CBD oil reaching beyond the scope of resistant epilepsy. He says folks suffering from Parkinson's disease and other neurological disorders have presented information on the benefits of CBD. Friend says he wishes big Pharma would sit up and pay attention as well.

"I wish the pharmaceutical companies would get on the bandwagon and help out with the product," says Friend. "If this plant is so great and has so many benefits, there should more research and development behind it."

Currently, Purdue University is the only entity in the state that is legally allowed to grow and cultivate cannabis for research through the Purdue Hemp Project. However Purdue's research is only based in growth and cultivation – the project examines the conditions in which certain types of hemp grows, what produces an successful crop and problems (insects, fungus, etc.) may hamper crop production. Staying true to its mission and history in agricultural research, Purdue hopes to be the educational resource for the ag community if and when industrial hemp becomes a legal commodity in the U.S. 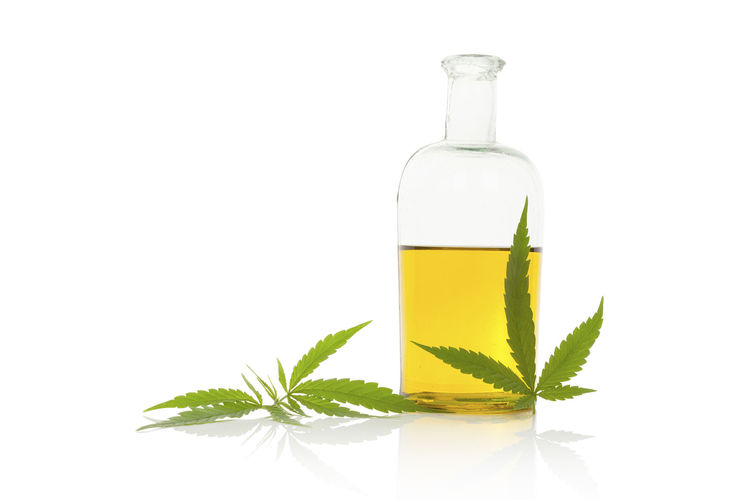 I know this is the sad reality of things. But to think in this day and age there's still 22 states without MMJ AND who are blindly and thoughtlessly bias against use of a extremely beneficial plants alkaloids is heartbreaking. To think people are still so stubborn in their ways as to only let people with epilepsy use CBD oil and raid a GROCERY store for it is very disheartening and sad [emoji22] [emoji22] [emoji24] . People being turned away who present evidence and a blind "we won't adknowledge anything until the big boys find a way to supplement the money lost from it's sales and use" which is why we are forced to legalize on a state by state basis just rips me apart inside.

I care about others and to think something as benign as cbd hemp oil being a police target is very wrong. People in IL and the other 22 states REALLY need to stand up and fight and speak out about this. To think people are being forced to die and suffer needlessly and turning people away for something that only heals with no mental effect is ludicrous.
PEOPLE- GET OUT of you personal she'll, break your bubble and realize a fact...there are OTHER PEOPLE living besides you! You all need to realize what you say and do has an effect on everyone else. There's sensible and insensible morals and justifications and keeping people sick or forcing them to struggle because your morals conflict with whatever the fix of the situation turns out to be is just EVIL, SADISTIC, IGNORANT definition to a T, and basically very very sad and thoughtless. People gotta fuckin realize life isnt only what directly correlates to them or you. I really hope to see progress in the remaining 22 states for the sake of all the people who are still forced to deal with street dealers just to be able to live a life or function.

I know most everyone knows this already but the more it's said the more progress there will be as a result. I hate my home state but I am grateful to at the very least be legal with a card and grow my meds despite being on SSDI but, until EVERYONE can do the same we need to stand up for each other and get everyone possible together and do whatever it takes. Not all but most sadly only do things and make decisions based on their personal situation.

Sadly with the corrupt governmental system we have here, the only way we will see change is by forcing it. That's evidenced to a T by the fact the states with legislation and legalization on cannabis are only there because people came out and spoke up and took part. It works. I hate to see people suffering and hopefully someday it will be no more. Also I personally live what most would call shitty but I have what most don't and that's a form of contentment and happiness in my life. My only possessions are my small garden and what I have for basic growing/harvesting and like 200ish vhs tapes and old tv and PlayStation 2 that won't play most discs, my phone and some clothes. Very little. I am also very sick. But I am HAPPY. I feel content and happy when I wake up knowing I have my small garden and medicine or even the fact I can go to a store to get clean yet expensive medicine that WORKS with almost no negative side effects as well as being able to pass on what I know to others or even help them with sharing medicine or informing them in any way or assisting with their new garden and resources as well as other things related.
I feel more people need to understand and accept this truth. You feel so much better after being involved with improvement involving someone your directly involved with or even passing by whom you don't know. The more you fight the more progress and the fewer places liars have to go to and hide them in. It's the liars and selfish people that people need to fear not dealers or a substance itself. I am praying[emoji120] for IL and the other states as well as the ones with it to stop fighting CBD. [emoji260] [emoji172][emoji123] [emoji106] [emoji111]