James Woolsey, former director of the U.S. Central Intelligence Agency, was the keynote speaker during an industrial hemp webinar.

"It's time to end the federal prohibition and scheduling of this plan under the Controlled Substances Act," Woolsey said. "It's time to bring back hemp to America's farms.

"In 2012, Colorado became the first state to end the prohibition in its state constitution ... Since that landmark 2012 vote, over 30 states have legalized the cultivation in one form or another."

Several other leaders joined the panel throughout the session.

Here are the top takeaways.

"Today we are witnessing the renaissance of the industry. American farmers no longer have to stand by and watch one of the largest consumer markets in the world, industrial hemp products, be served by foreign providers.

"We've had significant achievements over the past five years, but we have work before us. The Industrial Hemp Farming Act of 2017, HR 3530, has been introduced, seeking to remove industrial hemp from schedule one of the Controlled Substance Act.

"We're well-equipped to transform the world marketplace with American made products. It's time to lead. Let's get growing."

"There are 34 states now that have legislation that defines industrial hemp distinctly from marijuana varieties. Around 26 of those states are actually active in terms of pilot programs for industrial hemp cultivation and processing. Vote Hemp reported 23,000 acres grown in 2017."

"Between 1942 and 1943, we decreed that hemp was so important, we lifted prohibition to help grow for the war effort. We returned to prohibition shortly after that. Now we're at a crossover point.

"We have history to inform us. We have technology and human resource assets to take us into the future. We can honor our past and move forward." 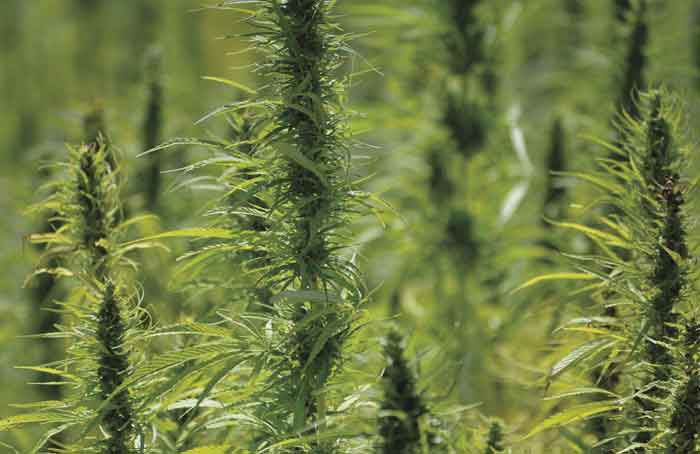