Indiana Attorney General Curtis Hill filed a legal document Friday asking the Marion Superior Court to grant a final judgment in the state's favor in regards to a lawsuit filed by a pot-smoking church.

The First Church of Cannabis filed the lawsuit against the City of Indianapolis and the state in 2015, claiming laws against possession and use of marijuana infringe on its religious beliefs. The suit claims members believe marijuana "brings us closer to ourselves and others."

The attorney general's office says the pro-marijuana plaintiffs began calling themselves a church in order to poke fun at Indiana's Religious Freedom Restoration Act (RFRA), which they opposed.

Attorney General Hill says this case is a story of a political crusade turned legal stunt.

"RFRA was never intended to protect illegal conduct masquerading as religious faith," said Hill. "Even if this were a bona fide religion in which the plaintiffs sincerely believed, the state's compelling interest in protecting public health and safety from the dangers of drug abuse would override the plaintiffs' desire to treat marijuana as some kind of sacrament."

The attorney general has made his stance against marijuana-derived substances quite clear over the past year. In an op-ed, he said "legalizing marijuana is a road to nowhere good." In November, he also clarified the state's law regarding the use of cannabidoil (CBD oil). He said it is illegal to sell or possess in Indiana—with the only exception being people with epilepsy conditions specifically outlined in legislation.

In early December, several Indiana officials discussed their stance against the legalization of marijuana during a press conference.

Meanwhile, other groups continue to push for medical marijuana in the state. The Indiana American Legion wants medical marijuana for use by veterans as a treatment option, and Indiana NORML put up a billboard in Indianapolis. 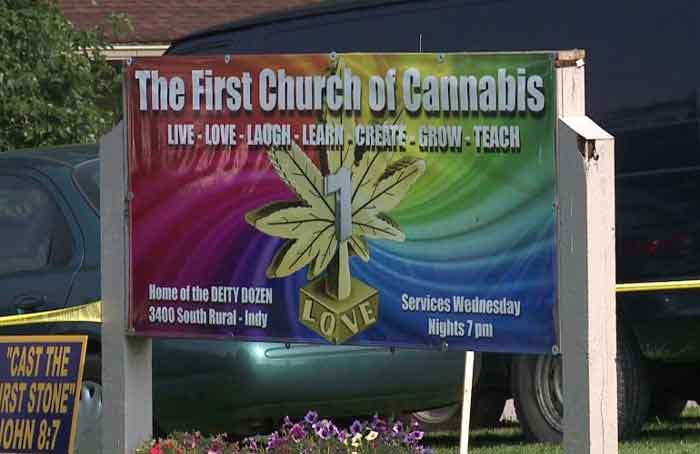