The Indiana seed commissioner is seeking approval from the federal government to allow production of industrial hemp in Indiana under regulations enacted by the state Legislature. Until such authority is given - a process that could take several months - no one can legally grow industrial hemp in Indiana, Robert Waltz said Thursday (April 3). Even then, growers and handlers would need a license and be required to comply with stringent state regulations. "It could be quite some time before we see any legal production of hemp in Indiana," said Waltz, who will administer the regulations as head of the Office of Indiana State Chemist and Seed Commissioner, based at Purdue University.

The law initially will enable universities in Indiana to conduct research into potential uses of industrial hemp. State lawmakers enacted the law during this year's legislative session because the new U.S. farm bill that Congress passed in February includes a provision allowing universities or state departments of agriculture to conduct such research provided that state law permits it and that the activity complies with federal laws. Waltz noted that neither individuals nor companies will be permitted to grow industrial hemp or possess its seeds in Indiana until the U.S. Drug Enforcement Administration and the U.S. Department of Agriculture authorize it. Waltz has written to U.S. agriculture Secretary Tom Vilsack and to DEA Administrator Michele Leonhart requesting authority for research and production of industrial hemp in Indiana.

"We are now in a waiting mode," Waltz said. "Without federal approval, nothing will happen." Industrial hemp, the Cannabis sativa plant, is very low in concentration of the psychoactive drug compound tetrahydrocannabinol, or THC, compared with marijuana that is derived from the plant. Industrial hemp has been used to make such products as rope, linens and paper. Colorado in March became the first state to allow farmers to register for growing industrial hemp. Waltz said certain legal issues must be worked out before industrial hemp can be grown, handled, stored and transported in Indiana. In his letters to the USDA and DEA, for example, Waltz requested guidance on how the sale and trade of industrial hemp can be legally advertised.

Waltz said that when Indiana receives authorization to grow industrial hemp, all hemp growers and handlers would need a permit, and they would have to agree to a criminal history background check and consent to random inspections to ensure that the plants meet the definition of industrial hemp. No one with a drug felony or misdemeanor in the past 10 years would be granted a license. There would be requirements involving record keeping and proper labeling of industrial hemp in storage and transportation.

Waltz noted that the state law does not allow any activity that would violate federal regulations. Section 1 of the law, Senate Enrolled Act No. 357, states emphatically: "Nothing in this chapter authorizes any person to violate any federal law or regulation." The Office of Indiana State Chemist website contains a link to the state law and other information about industrial hemp at Seed Section - Industrial Hemp. 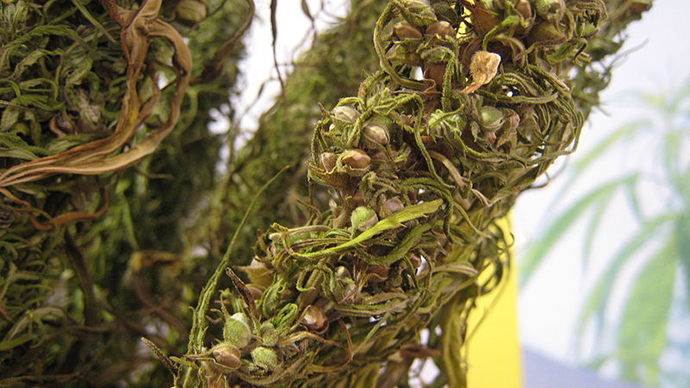