House agriculture committee chairman Tom McKee said Tuesday that he will hold a hearing on an industrial hemp bill next week, but it's too early to say when the panel will vote .

Agriculture Commissioner James Comer's Senate Bill 50, which passed the Senate last week 31-6, is expected to be sent as soon as Tuesday to the House Agriculture and Small Business Committee, where House leadership has suggested it may be reworked and replaced with a study.

Comer's bill, sponsored by Sen. Paul Hornback, R-Shelbyville, would regulate the growth of hemp by farmers for a variety of products should the federal government allow it to be grown widely. Currently, federal policy lumps industrial hemp with marijuana, which has a higher THC content.

Comer believes providing a regulatory framework for Kentucky's farmers to be among the first in the nation to grow hemp could lead to thousands of jobs in the state.

The Kentucky State Police oppose the bill, saying that allowing hemp would make eradication of marijuana more difficult. Other arguments include a lack of proof that hemp would be economically viable.

McKee said a committee substitute – the way bills most frequently are revised in committee – may be offered at the agriculture committee's meeting next week. "Some members have some things that they're concerned about," he said. McKee said an educational component could be added.

The committee regularly meets on Wednesdays. If no vote is taken at next week's meeting, the committee would only have one more regularly scheduled meeting in the 30-day session. Either way, the time for the Senate to consider any House changes could be limited.

Several members of Kentucky's congressional delegation have filed legislation to legalize industrial hemp at the federal level and, if it isn't, have said they would ask the Obama administration for a Kentucky waiver .

Comer said he's willing to compromise but opposes relegating the issue to a study, adding that he expects hemp to be legalized somewhere in the United States within the next year.

"Will it be Kentucky? That's what we're going to see here with what the House does on this bill," Comer said. 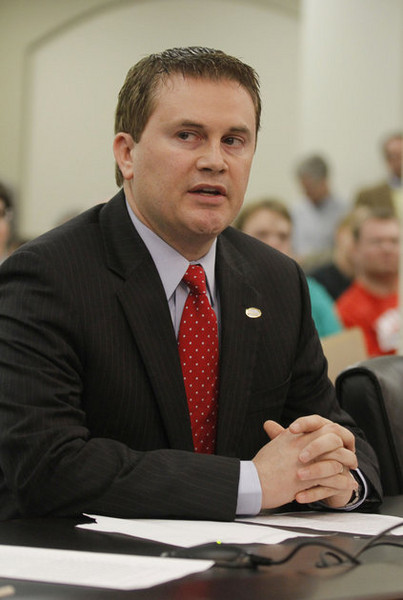 Mar 6, 2013
Truth Seeker
T
T
Industrial Hemp Proposal That Got No Vote Last Week Back Up In Ky. House Committee