Industrial Hemp Research And Production On The Rise After New Legislation

Legalization of marijuana for medical and recreational use is capturing most of the headlines about the plant's growing acceptance in the United States, but industry is also experimenting with other ways to use the cannabis plant, which could be even more lucrative for producers. Hemp, for instance, contains almost no buzz-inducing THC and can be used to make anything from clothes and rope to medicine and cosmetics, all of which are getting more popular. But since U.S. farmers weren't allowed to grow it, all the proceeds went abroad until recently.

"U.S. policy is finally acknowledging that hemp can help restore our agricultural economy," wrote Doug Fine, author of "Hemp Bound: Dispatches From the Front Lines of the Next Agricultural Revolution," in a recent op-ed for the Los Angeles Times. "[It will also] play a key role in dealing with climate change and, best of all, allow American family farmers to get in on a hemp market that, just north of us in Canada, is verging on $1 billion a year."

Many American companies have been making moves toward this growing sector. Craig Ellins, chairman and CEO of GrowBLOX Sciences, a Nevada medical marijuana biotech company, said GrowBLOX has a few hemp-based products in the works and new regulations have made things easier. "One of our largest legal barriers is the licensing procedures, which vary from state to state," he said. "But more states have joined in and the process has become more fluid.

Growing hemp isn't a novel idea. The plants were once widely cultivated in the United States. By 1943 farmers were harvesting 146,200 acres, but production fell in the years after that, with no records of it in after the late 1950s, a Congressional Research Service report said. But that hasn't diminished demand. "The fact that the commercial production of hemp has been legally prohibited in the United States has not deterred substantial interest in the feasibility of U.S.-grown industrial hemp," wrote analysts from the University of Kentucky in a May report.

The U.S. market for hemp products is worth nearly $500 million annually, the Hemp Industries Association says, and domestic businesses are hoping to break in. However, stringent regulations have made this harder. "A grower needs to get permission from the DEA to grow hemp or faces the possibility of federal charges or property confiscation, regardless of whether the grower has a state-issued permit," wrote agricultural policy specialist Renee Johnson in the 2013 Congressional Research Service report. But in February, President Barack Obama signed section 7606 of the 2014 Farm Bill, which authorized 15 states to start growing hemp and study its commercial potential, which is a positive move for those looking to get into the business. But as the industry ramps up, some small-time farmers aren't as excited, fearing corporations will take over the emerging niche business that may not be niche much longer, as well as genetic modification and other issues.

"Their plans to create industrial hemp, for example, could effectively cause a huge ripple effect in the marijuana industry if they get approval to bring [GMO] plants to the United States," said Ata Gonzalez, chief executive of GFarmaLabs of Washington state, a cultivator and distributor of marijuana-based products. He added many fear "Big Agra" companies will "effectively push out smaller operations that have prided themselves on having natural plants that they've put countless hours into perfecting and making sure are safe." However, there are few official reports of genetically modified marijuana or hemp strains. International agricultural company Monsanto denied rumors it was developing such a project. "Monsanto has not and is not working on GMO marijuana," a public statement on their website says, dismissing the allegation as "Internet rumors." 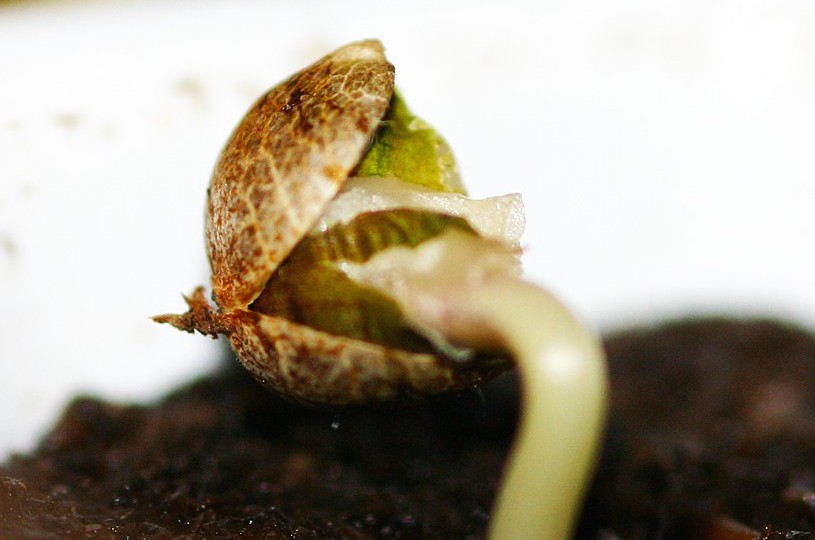 MN: WROC's Features from The Farm: Research On Industrial Hemp

J
Virginia Tech To Research Production, Use And Economic Impact Of Industrial Hemp