This important public health symposium is taking place less than a week after Deputy Attorney General James Cole inconspicuously issued a memorandum on June 29th to U.S Attorneys, defending the government's threats of criminal prosecution against local and state officials, as well as others producing or distributing medical marijuana even if such actions are legal under state law. Rarely has the federal government threatened public officials over the development and passage of their own public health laws.

"This symposium and its sponsors shows that medical cannabis is a valid medication that has been recognized and studied by scientists right under our noses," said Steph Sherer, Executive Director of Americans for Safe Access (ASA), the country's leading medical marijuana advocacy group. "meanwhile, the federal government continues its antiquated, political campaign to undermine the ability of millions of patients to safely and legally obtain their medication."

Part of what's happening this week includes a presentation by Temple University doctoral student, ASA Advisory Board member, and cannabinoid researcher Jahan Marcu, focusing on research around cannabinoid receptors in the brain to better understand how and which parts of the cannabis plant work best with the human body. Marcu previously published findings in the Journal of Molecular Cancer Therapeutics on a study showing enhanced anti-cancer effects with certain compounds found in the cannabis plant. For his presentation in 2009, Marcu received the prestigious "Billy Martin Award" from the ICRS.

Dr. Amanda Reiman will be presenting on dispensary-based research and models for patient access to whole-plant medicine. While an ASA Advisory Board member, Reiman was also a postdoctoral fellow in the School of Public Health at the University of California, Berkeley, and is currently a medical cannabis researcher who regularly presents at ICRS and other related conferences. Reiman's research on the impact of localized medical marijuana distribution on patients is particularly relevant given the federal effort to undermine the regulation of such facilities.

"The federal government cannot both support medical marijuana and undermine its legal implementation," continued Sherer. "This contradictory policy must end." The government has multiple options currently available, not the least of which is a 9-year-old petition to reclassify marijuana now pending before the Drug Enforcement Administration, as well as Congressional legislation recently introduced by Rep. Barney Frank (D-MA), HR 1983, which also calls for rescheduling marijuana from its position as a dangerous drug with no medical value. 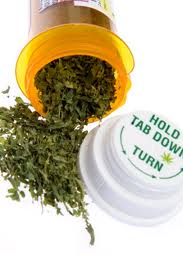 T
Hundreds Of MMJ Advocates To Gather In Washington, D.C. For National Conference