Jack Hatch, the Democratic candidate for governor, says allowing the production of cannabis oil in Iowa is a logical step after decriminalizing possession of the marijuana derivative. Hatch, who is a member of the Iowa Senate, voted this spring for the new law that shields Iowans who have severe epilepsy from prosecution if they use cannabis oil as treatment for their seizures. "I think what was finally negotiated showed a willingness on the part of Republicans and Democrats to solve a problem," Hatch told reporters today. "Clearly we have not. It needs more work."

The parents of children diagnosed with a rare and severe form of epilepsy are asking Iowa officials to allow marijuana to be grown here, so cannabis oil can be produced and purchased here. Hatch said those parents make a compelling case, because if they go to Colorado to buy cannabis oil, they have to bring it back through Nebraska, where it's illegal. Some states where cannabis oil can be legally purchased also restrict sales to residents of that state.

"So we really haven't done very much," Hatch said. "I think the obligation and the commitment we made to those families has got to be fulfilled and if it means that we have to produce it here and dispense it here under tight regulations, then that needs to be part of our obligation." Governor Branstad this morning said he's willing to discuss the idea, but he wants to ensure "the safety of Iowans is protected." Hatch suggested Branstad's living in a time warp when it comes to pot.

"He still falls in this category of this cultural recognition that marijuana was a recreational drug and he's got to get over that," Hatch said. "It now has sound medical purposes and our consumers are needed it. Our families need it." Hatch also faulted the governor for failing to speed up the process for issuing the I-D cards that will protect epileptic patients from prosecution if they're caught with cannabis oil. The state law on the subject took effect July 1st, but officials at the state agency in charge say those cards won't be issued until January 30. 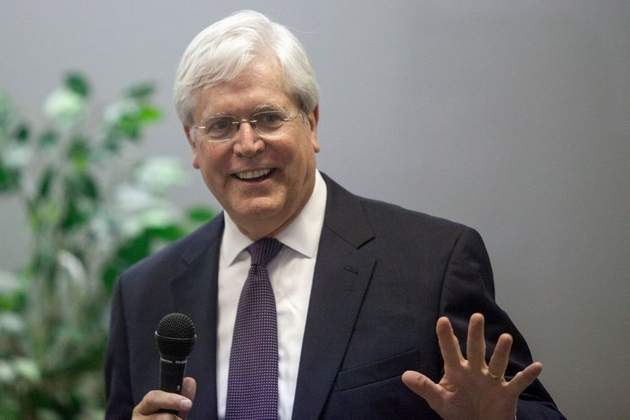