It's been a fight all session, trying to legalize medical marijuana for Iowa families. "A mom never stops fighting for her child," says Kim Novy of Altoona. Novy wants her children to have access to a form of medical cannabis oil. Her 12 year old twins suffer from Dravet Syndrome a rare form of epilepsy. She says their current medication isn't helping. "Right now they take three seizure medications they've been on as much as five, these seizure medications have stopped their ability to learn, if you give them too many medications it causes more seizures the side effects are horrible," syas Novy.

Wednesday, Sen. Jack Hatch proposed legislation that would allow parents of epileptic children to travel across state lines to get medical cannabis and bring it back to Iowa without being penalized. "It`s their courage that makes this an easy opportunity for us to go a little bit further when it comes to establishing and pushing a treatment and protecting them from any legal problems that they might have in trying something new," says Sen. Hatch. April Stumpf says something new is exactly what her 21 month old daughter Quinn needs.

Quinn started having seizures when she was born and her current medication is causing too many negative side-effects. "You lose who your child is and what that personality is doesn't come out anymore. She`s such a beautiful and amazing daughter that I want the best for her and I don`t want these blinding side effects or effects to her kidneys and liver," says Stumpf of Riverside. Both moms believe a form of cannabis-oil is the answer, but getting there will be an uphill battle. "I want to step up awareness and talk and touch everyone I can," says Stumpf.
Unlike prior medical marijuana legislation, this proposal is seeing more bi-partisan support. However, it will need the governor's signature to pass. Governor Branstad has said he will veto any legislation that would allow marijuana to be prescribed as medicine. 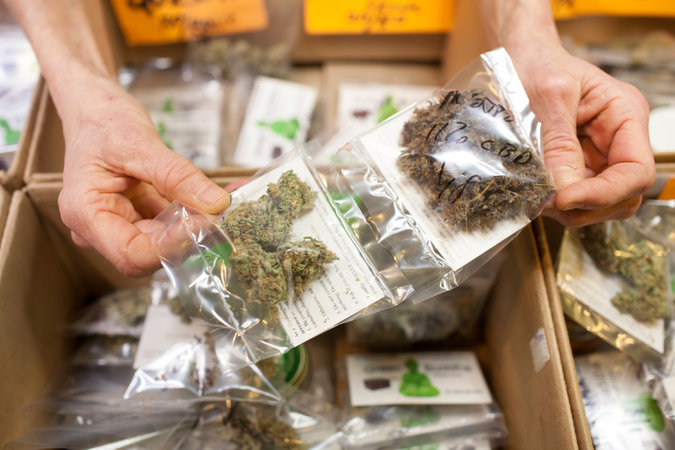