Patients with severe epilepsy appreciate the medical cannabis oil program that Iowa lawmakers approved earlier this year, but they say its provisions create significant hurdles for those who want to use the program. "I'd like to see the process made easier for the families," Mount Vernon resident Keith Andrews said Tuesday. "They're going through so much stress." Iowa residents provided input on the program during the 2014 legislative session Tuesday. The state law gives prosecutorial immunity to people in possession of cannabidiol, a non-smokable oil extract of marijuana with a low THC level, to treat severe epilepsy.

Andrews spoke at the Iowa City Public Library, one of six video conference locations across the state during the hearing. Andrews, 60, has a seven-year-old granddaughter with Aicardi syndrome who has suffered from seizures since she was one month old. Andrews is frustrated with the program's limited scope, which requires patients to exhaust all other medical options before a neurologist recommends obtaining cannabidiol oil. Patients and primary caregivers must have a state-issued registration card to possess the medical oil – and that's after they've received a neurologist's recommendation to obtain the card.

Mothers with children who could benefit from the oil expressed concern at the legal and financial barriers faced in obtaining it. Boris Shcharansky of Des Moines said during the hearing that Oregon is the only state with a medical marijuana program that allows non-residents to obtain the oil. Colorado, the closest state to Iowa with a medical cannabis oil program, requires that patients obtain residency to get a registration card.

Shcharansky is a representative of ICANN, a Des Moines-based cannabis products company. He said Washington and Oregon, states with recreational laws, don't have the cannabidiol oil in recreational shops. Twenty-three states and the District of Columbia have public medical marijuana programs. Since the law doesn't allow the cannabis oil to be produced in Iowa, residents noted those obtaining it from another state would have to pass through states that don't have medical marijuana programs, breaking state and federal law in the process.

"It is unacceptable to force families to break state and federal laws to obtain an oil that can, without exaggeration, save lives," said Shcharansky. "A family dealing with intractable epilepsy has gone through enough." Advocates for a broader program say they aren't surprised at the limited program's complications. State Sen. Joe Bolkcom, D-Iowa City, said it's clear more legislative work needs to be done.

"We made a big step (last legislative session)," Bolkcom said after the hearing. "But what was passed, I don't think is going to meet the test of helping families. I think there's still substantial barriers to get the medicine." Although the Medical Cannabidiol Act went into effect July 1, officials are still working to implement the program. Iowa Department of Public Health administrator Deborah Thompson said during the hearing that officials hope to begin issuing registration cards before the end of the year. Bolkcom, who has remained a vocal advocate for medical marijuana for years, said he guesses the process will take longer due to the challenges outlined during the hearing, He anticipates more work being done on the current law and a more comprehensive program to be proposed during the 2015 legislative session. Until then, Iowans who want access to the cannabis oil remain frustrated. Andrews wiped a tear away after the event. "In name only is it a medical marijuana bill," he said. 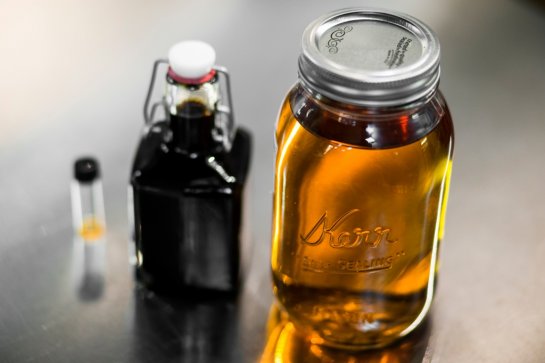