A man (64) who was growing cannabis in his converted attic to make “medicinal soup,” has been sentenced to two years in prison.

Paul Duffin of Caheranne Close, Tralee, Co Kerry, had pleaded guilty to the charge of sale or supply of cannabis as well as cultivation on July 12th 2012 at his home.

The court heardon Monday how he had a tragic family history. It was also told how he eschewed conventional medicine and had a previous conviction for cultivation. In 2011 he received a suspended sentence for growing the drug.

The Circuit Criminal Court in Tralee was told yesterday that while he pleaded guilty to the charge of sale or supply, he insisted he was not selling the drug but growing it “to make soup and tea” for pain relief.

He would also offer the soup to friends who visited his home, his barrister Richard Liston said.

When Det Garda Eoin O’ Donovan visited Mr Duffin’s home with a search warrant he found “a grow tent” in the attic with eight mature plants and eight bundles drying.

It was a “sophisticated operation” (disputed by defence barrister Mr Liston).

“He knew what he was doing. He converted the attic for the purposes of growing cannabis,” Garda O’Donovan said.

“He denied cannabis was a drug, he said it was a herb.”

The total value of the cannabis in the attic and a small amount of cannabis resin handed over by Mr Duffin during the visit to his home came to €6,910.

Under cross-examination, by Mr Liston, Mr O’Donovan accepted that Mr Duffin had “a tragic history”.

Mr Duffin’s wife Anne Marie was murdered in 1996 in Blennerville; one of his two sons had taken his own life and in 2003 Mr Duffin, who had worked as a taxi driver, was involved in a serious crash and had not been able to work since.

No scales or other drug-dealing paraphernalia were found in the house. Mr Duffin had no trappings of wealth and used the cannabis as pain relief.

In a plea for mitigation Mr Liston said his client “has had a horrific, tragic background. He finds some solace in cannabis. I would ask you in the circumstances to give Mr Duffin a second chance, ” the barrister pleaded with Judge Thomas E O’Donnell.

Handing down sentence, Judge O’Donnell said Mr Duffin had an extremely difficult family history and there were no signs of ill-gotten gains.

However he continued cultivating cannabis despite a suspended sentenceand he had failed to understand the serious nature of his offence.

“It warrants a custodial sentence,” the judge said handing down a two-year sentence and suspending the last 12 months. 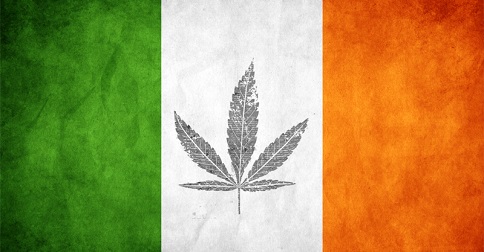 Jail For Man Caught Transporting â‚¬2.75m Worth Of Cannabis